Kenny Drew was born in New York City in August of 1928. At the age of 5, he began studying classical piano with a private teacher and at 8, gave a recital. This early background is similar to that of Bud Powell, the man who later became his main inspiration as a jazz pianist. After digging Fats Waller, at 12, and then Art Tatum and Teddy Wilson, Drew attended the High School of Music and Art. He was known as a hot boogie woogie player but passed through this phase before graduation.

Kenny's first professional job was as accompanist at Pearl Primus' dance school. At the same time, he was alternating with Walter Bishop Jr. in a neighborhood band that included Sonny Rollins, Jackie McLean and Art Taylor. In this period, he used to hang-out on 52nd Street to listen to Charlie Parker and Powell and began sitting in at various jam sessions around town.

In January of 1950, Drew made his first appearance on record, with Blue Note. Howard McGhee was the leader and the other featured soloists were Brew Moore and J.J. Johnson. One of the six sides released was “I'll Remember April.” The label, in addition to stating “Howard McGhee's All Stars”, further read, “Introducing Kenny Drew.”

Later, in 1953, Kenny made his first album as a leader. Again it was Blue Note who recorded him, this time in a trio with Curly Russell and Art Blakey. But Kenny opted to settle in Los Angeles for the next few years. There in 1955, he formed a quartet with the late Joe Maini, Leroy Vinnegar and Lawrence Marable. The quartet first recorded together in 1955 for Pacific Jazz. In December, Jazz West, a subsidiary of Aladdin Records, brought the quartet as is into Capitol's recording studios for “Talkin' & Walkin'.”

In February of '56, Kenny's band and arrangements were used for another Jazz West release, this one by vocalist Jane Fielding. A month later, Drew, Paul Chambers, John Coltrane and Philly Joe Jones made the great “Chambers' Music” for the same label, which is now reissued on Blue Note.

In early 1957 Kenny made his way back to New York as accompanist for Dinah Washington. That September, he participated in John Coltrane's monumental masterpiece “Blue Train,” but his association with Blue Note did not heat up again until 1960 when he made his own “Undercurrent” as well as Jackie McLean's “Bluesnik,” and “Jackie's Bag,” Kenny Dorham's “Whistle Stop,” Dexter Godon's “Dexter Calling,” Grant Green's “Sunday Mornin'” and a couple of Tina Brooks dates all within the space of a year.

Although Kenny was active on the recording and club scenes in New York and even subbed for Freddie Redd for a while in the successful Off-Broadway run of The Connection, he eventually chose to migrate to Europe. But he again popped up on a classic Blue Note date, Dexter Godon's “One Flight Up,” done in Paris in 1964.

Kenny became a major star in Europe and Japan although his music was sadly neglected at home. He settled in Copenhagen where he ran a publishing company and was the house pianist at the Café Montmartre. He was also the pianist for the Steeplechase label, where he was on countless sessions backing visiting musicians. He left an impressive legacy of recordings both as sideman and leader. 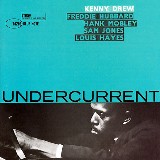 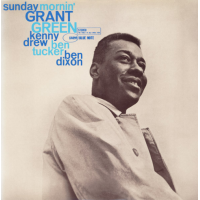 All About Jazz musician pages are maintained by musicians, publicists and trusted members like you. Interested? Tell us why you would like to improve the Kenny Drew musician page.