Although resident in England since 1952 and often thought to be an English musician, Kenny Wheeler was born in Canada in 1930. He began playing in his hometown of St. Catherines, encouraged by his father, a trombonist. His formal studies include composition with Rodney Bennett and William Russo.

His earliest influences included Buck Clayton and Roy Eldrige but, by the time he left for London, he was looking towards bebop, Miles Davis and Fats Navarro particularly.

After his arrival in London, Wheeler balanced commercial dance band work with gigs alongside modernists like Joe Harriott and Ronnie Scott, and in 1959 joined the Johnny Dankworth band in time for their breakthrough Newport Jazz Festival appearance. He consequently came to be one of the major solo voices in the Dankworth orchestra, and during the end of his stay recorded his first album as a leader Windmill Tilter (Fontana), which featured compositions for big band based on Cervantes’ Don Quixote stories.

In 1966, a chance encounter with drummer John Stevens at the Little Theatre Club in London set Wheeler on a new course. To the surprise of many musicians of his generation, the trumpeter became deeply involved in free music and joined both Stevens’ Spontaneous Music Ensemble and the Tony Oxley group. Through saxophonist Evan Parker and guitarist Derek Bailey, Kenny was initiated into the Globe Unity Orchestra, the German-based big band led by the pianist Alexander von Schlippenback. His membership continues - he is prominently featured on the three albums the Globe Unity Orchestra has recorded for JAPO/ECM.

In 1971, Anthony Braxton, impressed by Wheeler’s abilities to play the demanding charts on the session for The Complete Braxton (Freedom), invited him to join his group. Braxton’s music became Wheeler’s priority until 1976, when the difficulties of commuting between London and New York became overwhelming, but in between he found time to record Song For Someone (Incus), a record that juxtaposed free and jazz elements (and which became Melody Maker Album Of The Year in 1975), and Gnu High (ECM 1069) a still very fresh album with Keith Jarrett, Dave Holland and Jack DeJohnette. Critics agreed that the ECM album marked a new high both for Wheeler and for the label: Quintessential (Stereo Review), Unbeatable (Melody Maker), Supert (Jazz Forum), Miraculous (Time Out) and so on. The same critics, however, have tended to be less vocal in their support for the trio Azimuth (Wheeler, John Taylor and Norma Winstone) whose ECM albums are distinguished by their subtlety and require repeated close listening for full appreciation.

Wheeler’s second ECM date was the 1977 recording Deer Wan (ECM 1102), which featured Jan Garbarek, John Abercrombie, Dave Holland, Jack DeJohnette and Ralph Towner. The album was viewed, at the time of its release, as the most complete statement of Wheeler’s musical intentions, and said one writer: “Garbarek may very well be the trumpeter’s ideal front-line partner...a kind of asceticism informs their playing; when they are heard in tandem its impact is redoubled”. The recording Double, Double You (ECM 1262) dates from 1983 sessions and features Michael Brecker, John Taylor, Dave Holland and Jack DeJohnette. Critics were enthusiastic for their release as this excerpt from Fanfare indicates: “Wheeler is one of the more fascinating trumpeters around. For this latest album, he utilizes the prolific tenor saxophone of Mike Brecker to add even greater strength to the front-line. John Taylor, Dave Holland and Jack DeJohnette provide a powerful rhythm section which is sensitive and tasteful while also offering incredible individual power...Highly recommended”. In 1988, tours with his quintet whose members included John Abercrombie, John Taylor, Dave Holland and Peter Erskine were received with enthusiasm from press and public alike. Similar accolades can be expected for their 1990 tour.

Kenny is an active music educator as shown by his presence on the faculty at the Canadian Banff Workshop and by his involvement in international seminars. In spite of his severe self-criticism and his almost legendary aversion to recognition, Kenny Wheeler remains one of Europe’s most sought-after trumpet and flugelhorn players. Show less

Enter the "Kenny Wheeler - The Long Waiting" Giveaway at All About Jazz! 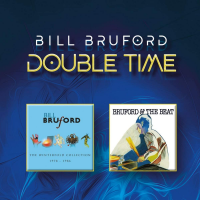 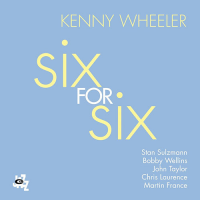 All About Jazz musician pages are maintained by musicians, publicists and trusted members like you. Interested? Tell us why you would like to improve the Kenny Wheeler musician page.