Kevin Tyrone Eubanks (born November 15, 1957 in Philadelphia, Pennsylvania), is an American jazz guitarist who has been the leader of the Tonight Show Band with host Jay Leno since 1995.

He played with Art Blakey, Roy Haynes, Slide Hampton, and Sam Rivers before starting to lead his own groups in 1983. Like his brother Robin Eubanks, a jazz trombonist, he has played on record with Dave Holland.

In 2005, Eubanks received an honorary doctorate degree from the Berklee College of Music, of which he is an alumnus. He is also a member of Kappa Alpha Psi Fraternity, Incorporated.

Eubanks claims to be vegetarian but in actuality is a pescetarian. Kevin joked on 12/15/06 to Tobey Maguire and Leno that he's “practicing” vegetarianism (because he eats fish). He does promote the vegetarian diet as healthy. Leno commonly mentions this on the show when jokes involve vegetables (such as in typos on supermarket flyers during the “Headlines” segment) 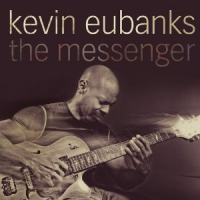 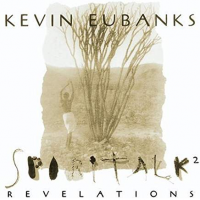 All About Jazz musician pages are maintained by musicians, publicists and trusted members like you. Interested? Tell us why you would like to improve the Kevin Eubanks musician page.