One would imagine, however, that Kevin is best known for his stellar work with Kirk on his brother’s gospel series entitled, Kirk Whalum, The Gospel According To Jazz, Chapters 1-4. Chapter One was released in 1998 to critical acclaim, and it put Kevin on everyone’s radar with his medley take on the Negro spirituals, Wade In The Water/Motherless Child. It broke new ground in gospel. No one had tried anything that daring vocally in the genre’ previously. When he and Kirk performed the song later that year on the Stellar Awards broadcast, the audience gave them a standing ovation. That was a pivotal moment. “Yeah, that was special. I knew I was in front of some gospel purists who believe gospel should be one thing and one thing only, but I reject the notion that praise for the Almighty has anything to do with a certain group of chords, or a certain rhythmic pattern. Gospel is defined as the good news, and as long as that is what fills my heart as I perform, that is what will exude from me as I stand before God’s children anywhere in the world; in churches or nightclubs. They will feel me if they allow themselves to, and aren’t too busy judging me because I sound a little different than what they consider gospel. If you love Jesus as I do, you will feel me.”

If Chapter 1 was Kevin’s introduction to gospel music fans, then, Chapter 2 was the solidification of his presence. That release spawned the remake of an old Johnny “Guitar” Watson classic called, I Wanna TaTa Ya, Baby from the 1970s. Kirk has always left Kevin alone to choose the songs he wanted to record on each volume. “Kirk trusts me to provide him with solid ideas for covers, so I said we should take that song and rename it I Wanna TaTa Ya, Jesus. Our ‘thing’ is to take established hits from artists who didn’t necessarily write them for a gospel audience, and flip them on their heads, so I rewrote the lyric to change TaTa, Ya to mean Thank Ya, and boom…people loved it. That song was released in 2003, and yet it is still requested everywhere from Dallas to Tokyo, and from Stockholm to Cape Town.”

Chapter 3 is responsible for bringing in the R&B fans among the Whalum brothers’ audience. For this live recording, Kevin chose a song by the late Luther Vandross called, Make Me A Believer. He would be joined on it by the now 3-time Grammy winner, Lalah Hathaway. The song was a runaway hit, and was nominated for a Stellar Award for best video in 2008. Again, Kevin rewrote the original lyric to suit its new purpose, and found massive critical and commercial success. “Lalah and I are good friends, and we had an absolute blast singing together. She’s such a singular talent. I knew it would do well, although I had no idea it would do what it eventually did.”

Chapter 4 is the latest installment in the series, and it promises to be as noteworthy as the previous three.

Kevin now has three solo albums under his belt: the self-produced solo debut, Timetable (2002); the George Duke-produced, One Life To Love (2008); and the new self-produced, I Live For You (2016). Although Kevin eschews any effort to force him into a category or genre’, he freely admits to defining himself as “primarily a jazz vocalist who just happens to be a Christian”. He exhorts, “I hope I neveragree to be just one thing. A true artist never wants that. I have been-and will remain-free to explore the musical universe. There’s too much out here to stay locked into one soundscape forever. Music is big, but Jesus is infinitely bigger. I want to touch his face with everything he puts in my heart to do. I hope people find my new record, I Live For You, refreshing, and dare I say it, groundbreaking.” Show less

One Life To Love 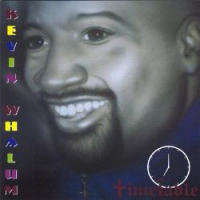 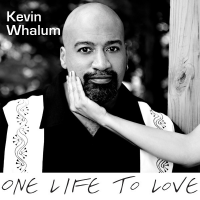 I Love Her Just The Way I Am

From: Timetable
By Kevin Whalum

All About Jazz musician pages are maintained by musicians, publicists and trusted members like you. Interested? Tell us why you would like to improve the Kevin Whalum musician page.