Kiki Ebsen is a versatile artist whose work includes multiple music genres—jazz, folk, pop and classical. Whether composing new songs, performing or producing new music showcases, Kiki is driven by a well stream of creativity and the pure joy of connecting with audiences around the world.

At ease in any venue from intimate cabaret to large performing halls, during the past year, Kiki has performed from Los Angeles to New York and places in between, plus Canada.

Her sixth and latest record, “Scarecrow Sessions,” has enjoyed worldwide critical acclaim. Born from a desire to fulfill her father’s wish for her to sing jazz (her father is iconic performer, Buddy Ebsen), Kiki recorded an album of songs that had a connection to his life and seven-decade career, beginning with his New York Vaudeville days and Hollywood’s Golden Era.

From that record she created the multimedia touring show “To Dad with Love: A Tribute to Buddy Ebsen” with the help of her brother, award-winning video editor, Dustin Ebsen. Her show debuted at the Metropolitan Room in New York City with Los Angeles performances at Vitello’s Upstairs and at the iconic Catalina Jazz Club in Hollywood. Described as “...a brilliant, must-see show” by national magazine, Cabaret Scenes, “To Dad with Love” is “an historic and heartfelt jazzy/cabaret journey presented from the perspective of Buddy’s youngest daughter.”

In recent headlining performances on the Divine Jazz Cruise (Celebrity), Kiki dazzled audiences with a silky, sensuous voice and unique jazz stylings as the elegant luxury ship made its way up the Pacific Northwest to Vancouver. Earlier this year, Kiki debuted her peace.harmony series, an intimate cybercast experience that showcases Kiki performing alongside some of her favorite singer-songwriters.

A cross between “Austin City Limits” and “Live From Daryl’s House,” peace.harmony concertgoers get an up-close-and-personal experience of the songwriters’ music and stories behind the songs. Net proceeds from these concerts go to Kiki’s nonprofit, The Healing Equine Ranch (501(c)3), whose focus is empowering, enlightening and educating through the natural interaction with horses. She creates and facilitates the equine programs in addition to all her music projects.

Steve Wagner of American Songwriter dubs her “a world-class songwriter-performer ... with a polished vocal style and songs of substance.” Also in August, Kiki returns to the Long Beach Aquarium of the Pacific to present a concert of originals and covers with The Kiki Ebsen Band

Ebsen made a special appearance with the Central Texas Medical Orchestra in Austin, Texas, last fall, her beautiful classically trained voice soaring above gorgeous symphonic arrangements of the songs of “Scarecrow Sessions,” and she expects to accept more symphony invitations in the coming months. Last year Ebsen also made time to explore the extraordinary world of group vocal improvisation with master teacher, Rhiannon. The group traveled from Northern California to Hawaii, finally culminating with an amazing performance in Montreal, Quebec.

Kiki was recently in the studio, recording vocals for jazz guitarist, Peter White’s latest record (Concord). Says Peter, “Kiki's wonderful voice has appeared on many songs that I have recorded over the years.... It is always a pleasure to work with her —she is the consummate professional!”

Never one to rest on any laurels, Kiki is respected by a litany of Grammy-winning, platinum-selling artists with whom she’s toured internationally as keyboardist/vocalist, including Christopher Cross, Al Jarreau, Michael Paulo, Boz Scaggs, Michael McDonald, Tracy Chapman, among others. She is featured prominently as a vocalist and pianist on Christopher Cross’s latest live DVD, “A Night in Paris.”

Kiki’s recording career has recently come full circle; her 1994 CD release, “Red,” was a powerful jazz album that found strong airplay and critical respect for her inaugural offering. Six years later, “Love Loud” featured her powerful pop ballads and insightful compositions. Her self-titled ‘Kiki” in 2002 was more introspective, including her father’s composition “Missing You,” released the year before he died. The 2005 follow-up “Cool Songs, Vol. 1,” was a cover songs project she enjoyed doing as a lark.

Ebsen’s best-known, signature compositions are found on “The Beauty Inside,” released in 2011. Each song is artistic creativity, with potential interpretation and resonance possible for any listener, who’s sure to see the beauty of each. “Scarecrow Sessions,” released in time for Father’s Day 2014, is the soundtrack dedicated to the life and career of her father. The natural next step after the radio debut of “If I Only Had a Brain” was to build a touring show for all those who loved Buddy Ebsen to enjoy.

In addition to setting more peace.harmony concert performances for singer- songwriters to shine, Kiki fields requests to book her Joni band, and new national dates for the “Buddy Ebsen Tribute Show.” Kiki is thriving in this whirlwind of creativity as she prepares for her next CD, a jazz project planned for early next year.

Ebsen is 100% pure artist, taking chances, carving new paths for projects, making time to give back to the community, never content to rest on past accomplishments. She gives thanks and appreciation to her parents for imbuing her with a passion for creativity and a fervent insistence on seeking excellence in any venture. Both parents were officers in the United States Coast Guard early in their lives. Kiki’s mother, Nancy, was also a gifted theatre actress, producer, director and educator whose own contributions to the arts were substantial and permanent.

About “To Dad with Love: A Tribute to Buddy Ebsen” ”An exceptional cabaret experience...tender, plaintive and adoring, captivating the audience with the moving images, and her honest connection to the lyrics.” Mary Bogue, Cabaret Scenes

About “To Dad with Love: A Tribute to Buddy Ebsen” “ …a loving valentine from a daughter to her father, a clever, intimate musical and multi-media portrait of the man we thought we knew and the man Kiki knew as “dad.” … delivers the songs exquisitely, poignantly and often playfully live. it’s the personal storytelling (and film clips, including a delightful number with Shirley Temple)…infuse the show with an unforgettable magic that brings Buddy Ebsen alive once again.” ~~Jonathan Widran, Jazz Journalist

About “To Dad with Love: A Tribute to Buddy Ebsen” ”An exceptional cabaret experience...tender, plaintive and adoring, captivating the audience with the moving images, and her honest connection to the lyrics.” Mary Bogue, Cabaret Scenes

About “To Dad with Love: A Tribute to Buddy Ebsen” “ …a loving valentine from a daughter to her father, a clever, intimate musical and multi-media portrait of the man we thought we knew and the man Kiki knew as “dad.” … delivers the songs exquisitely, poignantly and often playfully live. it’s the personal storytelling (and film clips, including a delightful number with Shirley Temple)…infuse the show with an unforgettable magic that brings Buddy Ebsen alive once again.” ~~Jonathan Widran, Jazz Journalist

About “Scarecrow Sessions” ”'Red' marked Ebsen’s 1994 debut as a solo artist. She’s demonstrated her keyboard prowess and jazz/adult-contemporary vocal chops on four additional projects from 2000’s 'Love Loud' to 'The Beauty Inside' in 2011. While Ebsen is an accomplished songwriter, she explored a mixture of covers in 2005’s 'Cool Songs Vol. 1.'...

“...'Scarecrow Sessions' allows Ebsen to turn her talented arranging chops on a collection of jazz standards. This time, Ebsen pulls inspiration from her later father and presents the songs as a father’s day gift in his honor. She’s also assembled an all-star band to assist, with John Patitucci on bass, Chuck Loeb on guitar and producer David Mann on sax. 'Scarecrow Sessions' emerges as an excellent tribute to Buddy Ebsen on Father’s Day, and a treat to listeners any day of the week.” Preston Frazier, “Something Else Reviews” 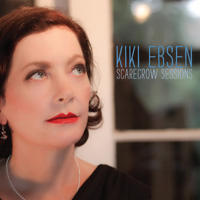 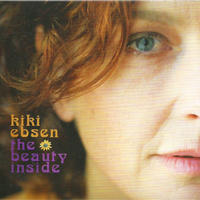 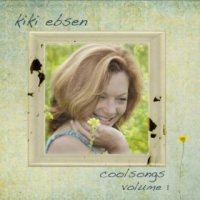 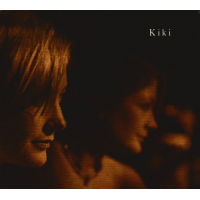 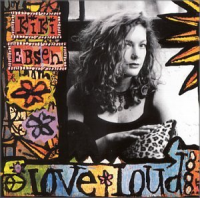 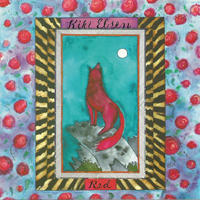 All About Jazz musician pages are maintained by musicians, publicists and trusted members like you. Interested? Tell us why you would like to improve the Kiki Ebsen musician page.