A graduate of Northwestern University (BM Jazz Studies, 2013), Kitt Lyles is an active performer, composer and educator in the Chicago jazz community. His performing career has brought him to play renowned jazz clubs around North America, Latin America and Asia, as well as major festivals such as the Chicago Jazz Festival (Chicago, IL), Festival Espontáneo (Chiapas, MX) and the Billy Strayhorn Jazz Festival (Chicago, IL). In 2015, Lyles released his debut album, “Real Talk”, featuring all original compositions; “it’s success rests as much on his skills as a writer as his serving as a beacon for the sextet's able rhythm section…his colourful themes… are by and large bright and engaging” (Jack Bowers, All About Jazz). Kitt has performed with renowned ensembles and individuals of the music scenes in Chicago, South Carolina, New York City and Mexico such as the Roy McGrath Quartet, Black Diamond, Gustavo Cortiñas, Victor Goines, Justin Copeland, Adam Thornburg, Hans Luchs, Amos Hoffman, Mike Allemana, Yuri Hevia, Tony Normand, and Gabriel Puentes amongst many others. Kitt Lyles began his music career in South Carolina at the age of 13 when he bought a bass in order to perform Nirvana’s “Smells like Teen Spirit” in the talent show at his middle school. He hasn’t looked back since, discovering jazz at the Greenville Fine Arts Center in the 10th grade where he studied with former LA studio musician Steve Watson and not long after began his study of upright bass with Greenville Symphony Principal Bassist Ian Bracchitta. His passion for music led him to continue his studies with Ian Bracchitta at the University of North Carolina at Asheville. At UNCA he also had the opportunity to study big band arranging and composition with David Wilken, eventually having a composition of his performed by the Asheville Jazz Orchestra. He got his first classical performance experience while in Asheville as a member of the UNCA Chamber Orchestra, and in a performance with the Blue Ridge Symphony Orchestra at the Diana Wortham Theatre. After a year in Asheville, Kitt’s desire to delve deeper into the jazz tradition led him to Chicago to finish his undergraduate degree at Northwestern University where he studied with Jazz at Lincoln Center Orchestra and Wynton Marsalis Septet members Victor Goines and Carlos Henriquez, as well as Chicago saxophonist, composer, and arranger Chris Madsen. Under the guidance of these inspirational teachers Kitt further honed his skills as a performer, composer, arranger, bandleader, and sideman. He also strengthened his artistic vision and understanding of jazz’s relevance and influence in the world. Upon graduating Northwestern in 2013, Lyles remained in Chicago, where he has continued to work with some of the greatest and most creative musicians that this musical city has to offer. His performances engage in a wide variety of styles and genres, including Jazz, Blues, Latin, Rock, Funk, Bluegrass, Folk, and Classical. His participation in Gustavo Cortiñas’ internationally acclaimed album “Snapshot” featuring Victor Goines and Mike Allemana, as well as Roy McGrath’s DownBeat reviewed “Martha”, Sasha Bayan’s “Do I Know You?” and Funky Hot Grits’ “Runaround”, exemplify the work that has and continues to put forward in Chicago.

Read more articles
”The stillness and sense of reverie that McGrath and his quartet brought to bassist Kitt Lyles' “Though the Steady Hand May Tremble” epitomized the seriousness of their work, especially in Lyles' blues-inspired solo. McGrath, a musical extrovert to the core, eventually built to quite a frenzy in his own cadenza, yet he never sacrificed the gleaming purity of his sound.” Howard Reich, Chicago Tribune

“Kitt Lyles plays with a solid, earthy tone and an unerring sense of groove. He has a particular gift for playing pedal points, buoying what could be a static musical moment with elation and color.” Dan Healy, Chicago Jazz Magazine

“Kitt Lyles executed the pizzicato with such devotion that from time to time he seemed to be suspended on stage, entranced by his large instrument, concentrated on every single note and delighting us with the solos that only jazz allows for this instrument of the string family.” VÍCTOR VIEYRA SANTAMARÍA, Mirada Sur 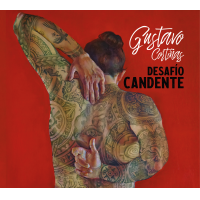 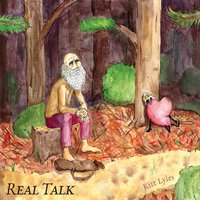 All About Jazz musician pages are maintained by musicians, publicists and trusted members like you. Interested? Tell us why you would like to improve the Kitt Lyles musician page.