BORN TO CLASSICAL PIANO TEACHERS in 1953 in Virginia, Kit Watkins studied piano at home from ages 5 through 13. During his teen years, Kit was drawn to rock music and became a driving force behind a series of local bands, playing organ, synthesizer, and flute, as well as singing lead. By age 18, he was discovering his own writing abilities. He soon joined up with the band Happy The Man (HTM) which was forming at the local university. It was with HTM that Kit honed his skills in composing, performing, arranging, and producing. During its original six years, the band recorded five albums, including two produced by Ken Scott and released on Arista Records. In 1979, Kit then joined the British band Camel for an album produced by Rupert Hine and several tours of the UK, Europe, and Japan from 1980 through 1982.

Kit’s solo career began in 1980 with the self-produced album Labyrinth, released on his own Azimuth Records label. The album won him 5th place in Keyboard magazine’s Annual Readers’ Poll Awards for keyboard album. He recorded and performed with drummer/percussionist Coco Roussel during this period. During the 80s, Kit continued to produce solo and collaborative albums, some released on his own label, while others were picked up by larger independent labels. In the early 90s, Kit formed a new label, Linden Music, which released a number of his new recordings, as well as CDs by Robert Rich, Jeff Greinke, David Borden, and others.

In 2001, Kit performed a milestone concert in Philadelphia for The Gatherings series, hosted by Chuck van Zyl of Star’s End Ambient Radio. It was Kit’s first performance in 20 years, and his first ever as a solo artist in a new genre. In preparation for this concert, Kit began learning and using an electronic wind instrument as the focal point of his stage performance. He finds this instrument far more expressive and liberating than electronic keyboards, especially for melody and solo work. Coupling his abilities on flute with his many influences by horn and reed players, the migration to the electronic wind instrument has been a natural. The Gathering CDs are available for free download. A video of the concert is now available on DVD also for free download .

Also in 2001, Kit briefly formed an improvisational ensemble named Tone Ghost Ether. The group was realized through a natural interaction between three musicians (Kit Watkins, Brad Allen, John Tlusty) searching for a common form of expression. All of the music by Tone Ghost Ether was improvised and played in real-time without overdubs. The ensemble’s pioneering debut CDs are now available for free download.

In 2007, Kit made available The Works — a special retrospective collection of 27 of his solo and collaborative albums in high-quality MP3 format, all on one DVD-DATA disc. In addition, many of Kit's CDs are now available for free download.

The music of Kit Watkins can be heard on-line at KitWatkins.com, YouTube, and MySpace, as well as on such broadcast radio shows as Hearts of Space, Star’s End, and Echoes.

Kit’s wide ranging interests in music and sound allow him to change his focus from album to album resulting in a fresh experience for both artist and listener. Expect the unexpected. Show less 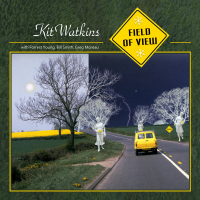 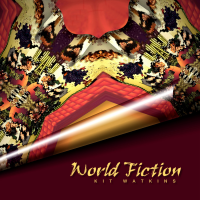 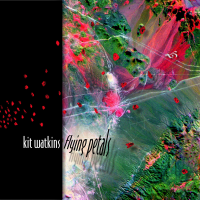 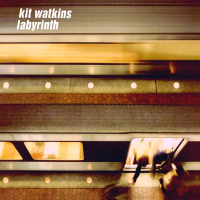 All About Jazz musician pages are maintained by musicians, publicists and trusted members like you. Interested? Tell us why you would like to improve the Kit Watkins musician page.