Kjetil A. Mulelid has distinguished himself as an inventive artist, blending jazz, psalms, and rhythmic improvised music. He grew up in the small village Hurdal, Akershus, and started playing the piano in a early age. In 2010 he graduated from Jessheim high school where he had some really inspiring piano teachers: Ulrika Magdalena Lind, Morten Reppesgård and Jan Terje Augestad. Then he took one year at Høgskolen i Staffeldstgate in Oslo before he went to do a bachelor degree in jazz performance at the Norwegian University of Science and Technology in Trondheim (NTNU, Jazzlinja). Here he really learned to use the piano as his own language with the great teachers Erling Aksdal, Vigleik Storaas, Espen Berg and Eyolf Dale.

Read more articles
- “It took me several listens to fully realise just how magical this album is”. - Andy Hamilton, the Wire (UK) - “So, lately, I’ve been addicted to the music of Kjetil André Mulelid” - Bird is the worm (US) - “Mulelid leads his young trio with a maturity that contradicts his age” - All About Jazz (US) - “Here and elsewhere, the pianist amplifies the material with intelligence and taste.” - Textura Music (CA) - “Kjetil Mulelid is not only a fascinating good pianist who draws on music that goes as far as psalm, folk, classical and pop as free jazz, he also knows how to translate these into strong compositions” - Dick Hovenga, Written in Music (NL) - “Mulelid has carved out a distinctive niche for himself, neatly straddling the cusp between composition and improvisation and avoiding the clichés of both American and Scandinavian jazz.” - Ian Mann, The Jazz Man (UK) - “Mulelid presses the piano keys, as if he could make the difference between longing and melancholy, with powerful and agile cascades, ostinate increases, pearly embellishments.” - Bad Alchemy (DE) ”Here and elsewhere, the pianist amplifies the material with intelligence and taste.” - Textura Music (CA) ”jazz piano trios are ten a penny, maybe even twenty a penny but there's something about this one I LIKE” - Jez Nelson, Jazz FM (UK) ”Mulelid and his two equally young colleagues reveals timeless quality” - babyblaue (DE) 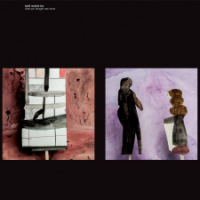 What You Thought Was... 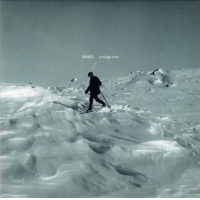 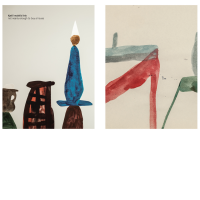 Not Nearly Enough To...

All About Jazz musician pages are maintained by musicians, publicists and trusted members like you. Interested? Tell us why you would like to improve the Kjetil Mulelid musician page.