Koji is a New York-based guitar player and composer with a background in jazz, rock, Funk, Soul, and pop. He was born and raised in Osaka, Japan in 1987, graduated from Osaka University of Arts with a Bachelors in Music.

Koji started playing guitar at the age of 11 and won first prize in the for Best Guitarist in the 2005 Fresh Musician Championship in Osaka.

At 21 he began studying Jazz under professors Sadao Ikeda, Takashi Nakamura who teach at Osaka University of Arts. To continue his progress upon graduation, Koji studied with the legendary Kazuhiko Takeda. Since moving to New York City, Koji also had the opportunity to study with Pasquale Grasso.

After graduating, Koji worked at many venues in the Osaka area as a professional session guitarist. He has been recognized in print and radio feature stories for his music.

Since moving to New York City in 2012, Koji Yoneyama has performed with various artist included Grammy- winning artist Jonathan Hoard and Japanese recording artist TiA (Ending theme of NARUTO, New York Times) and more. And performing various venues in NYC including as Band leader at La flor Restaurant's “Jazz Night” where you can still see him, Dominique Bistro (Whynot Jazz club), Something Jazz club, Terraza7, Tomi Jazz, Garage Restaurant , St. Stephen's United Methodist Church with Nathaniel Dixon Group as regular guitarist (2014~2016) and Ephesus Seventh-day Adventist Church as regular guitarist (2016~2017). Koji has accomplished first Japan tour 2015 with his trio which was including 10 places in Japan that he received many interviews with radio and newspaper. 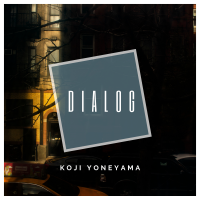 All About Jazz musician pages are maintained by musicians, publicists and trusted members like you. Interested? Tell us why you would like to improve the Koji Yoneyama musician page.