Kottarashky is a 21st century digital master musician with his hands sunk deep in the past - vintage Balkan field recordings, classic jazz and blues, psychedelic sounds, club beats and extraordinary, archetypal Gypsy voices, guttural shouts and lyrical laments are all molded and thrown into new shapes. The songs of his debut album “Opa Hey!” sound like tales told by a people who have all the time in the world: time to contemplate, enjoy, engage and dream; to take pleasure in unexpected twists and turns; to be inspired by the details and vividness of marginal existence.

Kottarashky is an architect by vocation, which perhaps explains the palpable sense of place in his music. Summer trips to small villages and the marginal regions of Bulgaria were key source of inspiration for the album, and his music samples a broad palette of sources and influences - enigmatic field recordings by artists unknown alongside Boris Kovac, Les Yeux Noir, Fanfare Ciocarlia, Jony Iliev and compelling Hungarian singer Mitsou.

The resulting digital pick-and-mix hits you like a panoramic puzzle of sounds collected and put together from a night's walk through the streets of Sofia.

It is an ethno-music born of a city lacking cultural identity that is torn between contemporary European globalism, Balkan provincialism and a living if largely forgotten folk tradition. It's a music inspired by that environment but also in reaction to it, a journey down roads less travelled, through the Bulgarian backwoods and back via the laptop to the 21st century. 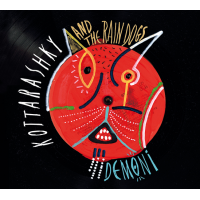 All About Jazz musician pages are maintained by musicians, publicists and trusted members like you. Interested? Tell us why you would like to improve the Kottarashky musician page.