Kreston was born in Decatur, Alabama, but raised in Memphis for most of his life. He comes from a musical family whose legacy of talent lives on through him. He started playing piano at the age of 5 and later picked up the guitar and saxophone. His grandmother taught him his first song on piano, “Amazing Grace” at the age of five. Along with being the President and founder of the Bartlett Music Academy, he was the Jazz Band Director for Arlington High School for 2006-2007 and is the music director for Bolton United Methodist. Kreston founded BMA in 2002 after teaching privately for 9 years on a freelance basis. Today, BMA offers classes on every instrument and is teaching almost 400 students per week. Along with having a consistent student presence at All-West competitions, he also serves as a Judge for the Mid-South Fair Youth Talent Contest.

Since 1993, Kreston has helped beginners to advanced level saxophonists achieve their best potential. Many of his students have earned full paid scholarships to college, All-west TN Band placement, and Superiors at Solo and Ensemble. Over the years, Kreston has put together a unique teaching style that utilizes the most effective teaching techniques he has learned and from studying the following books: Dave Liebman - “Complete guide to saxophone sound production”, Larry Teal • “The Art of Playing Saxophone”, Jamey Abersold “How to play Jazz”, Tim Price -www.timpricejazz.com, Jerry Coker “How to Practice Jazz”, Donald Sinta - “How to play Saxophone” Video, Eric Marienthal - “Play saxophone from day one” Video & “Modern Saxophone” Video (Plus he has had a private lesson with Eric), along with countless etude books by Bob Mintzer, David Baker, the Charlie Parker Omnibook, and many more. In the classroom, Kreston focuses on the importance of good tone production, technique, repertoire choices, sight reading, ear training, improvisation, theory, performance and listening. Using his extensive library of books totaling over $20k, a Korg 16 Track Digital Recording Station and wireless internet access, Kreston is able to tackle just about any problem a player has. Standard classical repertoire, pop, rock-n-roll, jazz and blues etudes are also used in each lesson to challenge the student and to make it fun for them. Each piece is accompanied by a CD track or by Kreston on the piano or saxophone. This approach gives the student the feeling of playing with an ensemble while helping them learn how to play with good time. Show less 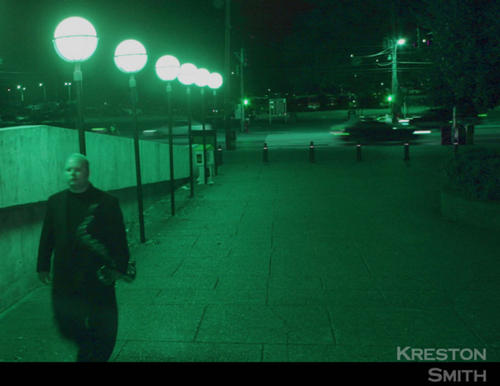 All About Jazz musician pages are maintained by musicians, publicists and trusted members like you. Interested? Tell us why you would like to improve the Kreston Smith musician page.