This july Kristian had his debut with the record Winter games, accompanied by Karl-Martin Almquist on saxophone and Peter Danemo on drums. Welcome to visit his MySpace and listen to some samples of his tunes. 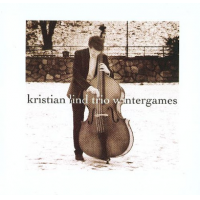 All About Jazz musician pages are maintained by musicians, publicists and trusted members like you. Interested? Tell us why you would like to improve the Kristian Lind musician page.