Blues Guitarist Lacy Gibson was born on 1 May 1936,in Salisbury, North Carolina. Gibson's family settled in Chicago in 1949 and he quickly became involved in the city's blues scene, receiving tips on blues guitar playing from musicians such as Muddy Waters and T-Bone Walker. Besides working with innumerable blues artists, he was also involved in the jazz scene.

Gibson recorded with Buddy Guy in 1963, and also did his own single session, which went unnoticed. Gibson had two other singles on the Repeto label. But it wasn’t until the ‘70’s that he started to generate some attention, appearing on the Son Seals “Live and Burning for Alligator, and on the popular “Living Chicago Blues,” (1980) on which he contributed four tracks.

In ‘82 he released “Twitchy Witchy,”(Dutch Black Magic) and “Crying for my Baby,” in 1996 which is available on Delmark. 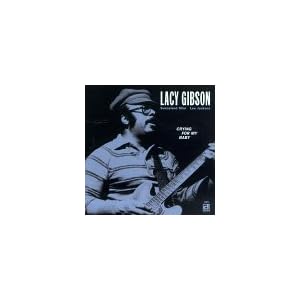 Crying For My Baby

All About Jazz musician pages are maintained by musicians, publicists and trusted members like you. Interested? Tell us why you would like to improve the Lacy Gibson musician page.