LaGrand is a professional producer, songwriter, recording and sound reinforcement engineer with many credits to his name. He has produced, written, engineered and/or performed with the artists, companies, celebrities and dignitaries listed below. 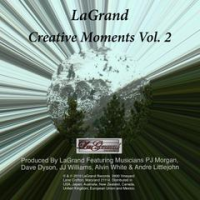 All About Jazz musician pages are maintained by musicians, publicists and trusted members like you. Interested? Tell us why you would like to improve the LaGrand musician page.