Born in Granada, Spain and now based in New York, singer/song-writer, Lara Bello conveys the music of her hometown: Flamenco, Arabic melodies and Mediterranean roots masterfully fused with African and Latin American rhythms. Her magical voice expressively touches your heart whilst her poetic lyrics take you on a beautiful journey.

She has performed extensively around the word with her band, playing at such prestigious venues as the Kennedy Center in Washington DC (selected by the Embassy of Spain as Best Spanish Artist in the European Month of the City, 2014), Auditorium of The Aga Khan Museum (Toronto, Canada), Auditorio Radio IMER (México DF), Beijing Ninegates Festival (National Library of Beijing, China) as well as concerts in Colombia, Japan, New York, Germany and many others. Lara Bello also performed at The Damascus International Jazz Festival 2010, just a few months before the conflict began in Syria.

In 2017, Lara Bello will be presenting a new album featuring some of the most highly esteemed musicians from New York and Spain including Richard Bona, Lionel Loueke, Jorge Pardo, Carles Benavent among others. The album is meticulously produced by renowned arranger and composer, Gil Goldstein. 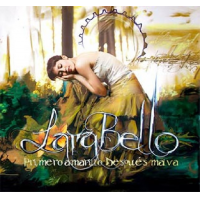 All About Jazz musician pages are maintained by musicians, publicists and trusted members like you. Interested? Tell us why you would like to improve the Lara Bello musician page.