The World Disappears is nothing if not an ironic title for 22-year old Torontonian Larra Skye's debut album. Given her undeniable talent, the calibre of musicians who lend their skills to the CD, and the stature of the industry veterans guiding her career, it would seem that the whole world could indeed be appearing for this gifted, young and bilingual singer/songwriter's taking!

In December 2005, Larra performed her first show at the famed Montreal Bistro in Toronto to a sold-out crowd. Her original compositions have been receiving airplay from Jaymz Bee and Reiner Schwarz of Jazz FM 91.1, and at campus stations CKLN 88.1 FM and CIUT 89.5. She has performed with some of the best of the best in Toronto's jazz scene - including Jim Vivian, Barry Romberg and Bob Brough. She continues to write music and is currently studying privately with Lisa Martinelli.

Larra has had a lifetime of experiences that have led to her finding her unique voice as a musical storyteller, and also achieving success as a creative entrepreneur. On the shelves of her family's bookstore were Larra's tools for learning to play guitar and inspirations for writing songs. Her older siblings are accomplished singer-songwriters; sister Rosanne Baker Thornley's 1993 CD, Courage, was distributed by Sony Music. By age 11, Larra was singing and learning the nuances of harmony in a professional children's choir, and at 14 was writing and regularly showcasing her original material at a Newmarket coffeehouse.

Throughout her high school years, she played trombone in a variety of jazz ensembles and concert bands, and also fronted the six-piece folk-rock outfit Mars Violet that played the 2002 Women's Voices Festival in Ottawa. In addition to providing experience as a bandleader, Mars Violet was also Larra's showcase for her own original songs in French and English.

In 2002-03, Larra studied at Ryerson University's prestigious journalism school. Here, in addition to exploring another creative vehicle for her writing skills, she developed a powerful understanding of how to use the media to reach the masses. A Canada Day backyard jam that summer led to a collaboration with songwriter/producer Gerard P. Finn (Damhnait Doyle, EMI). Several months later, their songwriting and recording partnership flourishing, Larra decided to take a one-year leave from her studies, move to Hamilton and work with Gerard.

They returned to Toronto to complete the The World Disappears, whose other co- writers include Eric Boucher, Adrean Farrugia, and Mladen Solaja. Recorded at Reaction Studios in 2005, it features some of the most respected and sought-after jazz musicians in Canada, including: pianists Farrugia and Boucher, drummer Kevin Brow, bassist Jim Vivian, trumpeter Kevin Turcotte, saxophonist Bob Brough, and guitarists Geoff Young and Matt Stevens.

“Larra Skye's 'The World Disappears' is an enchanting kick start to what could be a great career.” - Tien Providence, CKLN

“…an inventive charmer of a jazz stylist. Not quite a chanteuse, not quite a torch singer, she creates a new category for herself with impressive songwriting and a voice that's like a whisper in your ear.” - David Hayes, freelance journalist and writer of magazine features on Diana Krall and Michael Bublé

“Sharp winds of a Canadian winter begin to blow… it's nasty out there but look at this… I've found a new bud, fresh, open and revealing just enough magic to indicate that a grand and colourful explosion is forthcoming…Larra's CD is her first statement and signature, and there's no question…it's her stuff and style…” - Reiner Schwarz, JazzFM 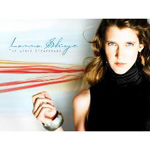 All About Jazz musician pages are maintained by musicians, publicists and trusted members like you. Interested? Tell us why you would like to improve the Larra Skye musician page.