Musician magazine named him to its list of 100 greatest guitarists alive today, and after releasing more than 60 albums as a leader and playing on dozens more as a sideman in the last 40 years, Larry Coryell's definitely earned that honor. Exploring the sound of the six- string in an extraordinary number of settings, he's done straight-ahead jazz, classical-influenced solo guitar, funk- rock fusion, light pop and guitar duos and trios with some of the top names in jazz.

Born April 2, 1943 in Galveston, Texas, Coryell grew up in Richland, Wash., and got his musical start in the Seattle rock and pop scene. He also studied classical guitar, and developed his jazz chops after moving to New York City in 1965. He played with groups led by Chico Hamilton and Gary Burton before starting his own bands. In 1973, he formed The 11th House with Randy Brecker, Mike Mandel, Danny Trifan and Alphonse Mouzon, and their debut, Introducing The 11th House, was one of the pioneer jazz-rock fusion albums.

In a 1997 interview, Coryell told journalist/musician Mike Starling about the atmosphere that led jazz players to experiment with rock music: “Today, everybody loves straight-ahead jazz, but during that time, straight- ahead jazz was a little flat compared to all the exciting things that were going on in rock and pop music,” he said. “I mean, barriers were being broken down right and left, icons were being smashed

. I remember going into (a club) and hearing a very, very, very famous guy - I won't say who it was - play 'Round Midnight' and it just sounded boring as hell to me. But that passed. After the exciting part of the fusion era died off, straight-ahead started sounding better again.”

Three years and four albums later, the group disbanded, and Coryell focused for a while on acoustic guitar, recording a series of solo, duo and trio sessions with guitarists such as Joe Beck, Steve Khan, Emily Remler and Philip Catherine. Later acoustic outings included a tour with John McLaughlin and Paco de Lucia under the name The Guitar Trio - a film called Meeting of Spirits documented their concerts.

Not that Coryell ever strayed far from the electric. He reunited with Mouzon in the Coryell/Mouzon Band in the late ’70s. In the ’80s, he participated in a five-way guitar session with John Scofield, Larry Carlton, John Abercrombie and Tal Farlow, one of his early jazz heroes. In the 1990s, he recorded a series of albums geared for the smooth jazz market - a move that he later called “too limiting.” In 1997 he reunited with drummer Billy Cobham (with whom he recorded the fusion album Spaces 23 years earlier) on a session called Spaces Revisited.

“The problem is when you're trying to get into that new adult contemporary thing, at least in my case, you lower your musical standards to such a degree that you could take Joe Schmo down the street and have him play my solo and it wouldn't matter,” Coryell told Starling after the release of Spaces Revisited. “And I can't stand that! It was like a necessary evil to get into that new adult contemporary thing for a while because, you know, it's the only way to get your name out in front of the public sometimes. And granted, sometimes, some of that stuff by Grover Washington and (others) is interesting, but I just found that it was too bland to be the kind of fusion that I knew. It's all diatonic scale and a few blues ideas and the minute you'd go out of the scale, the producer in the booth would stop the take and say, 'What are you doing? That's not gonna get on the radio!' So, with Spaces Revisited, I just said I gotta make something for myself.”

The album marked his return to a more adventurous post-bop sound, which he has since successfully explored with a wide array of stellar collaborators. Monk, 'Trane, Miles and Me (1999), Cedars of Avalon (2002) and Tricycles (2004) are just three of the fine albums he has contributed to the jazz canon in recent years. He also started teaching at his alma mater, the University of Washington, authored a number of books including an autobiography, and designed a line of instruments for Cort Guitars. More than half a century after he first starting playing, the always eclectic Coryell is still exploring new six-string territory.

“He's one of the pioneers of the jazz fusion and jazz rock fields, one of the ground- breakers,” says bassist Brian Torff. Show less 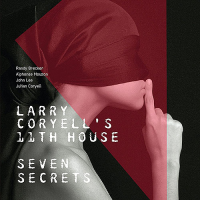 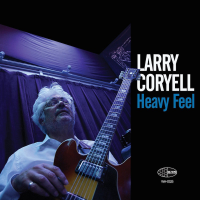 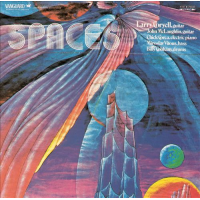 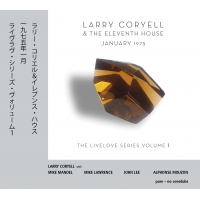 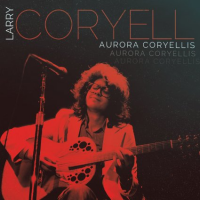 All About Jazz musician pages are maintained by musicians, publicists and trusted members like you. Interested? Tell us why you would like to improve the Larry Coryell musician page.