Metamorphic are a contemporary jazz/folk sextet based in London. Their debut album, The Rock Between, is being released on the F-ire label on April 4 2011. The instrumentalists in the group all met while studying on the Jazz Degree at Middlesex University in London; vocalist Kerry Andrew became involved with the group through the promoter Moose Factory. Kerry also sings with the highly respected vocal trio Juice, who won second prize at the prestigious Tampere Vocal Festival in June 2007; alto sax player Chris Williams is also part of 2009 Mercury Prize nominated group Led Bib. Tenor/soprano sax player John Martin is a successful bandleader in his own right; his band The John Martin Quartet have a new album out on the F-ire label this May. Drummer Tom Greenhalgh also plays in the acclaimed group World Sanguine Report, led by Andrew Plummer, and double bass player Paul Sandy has worked with various groups such as Hey Negrita. BBC New Generation Artist Shabaka Hutchings guests on the title track of the album on bass clarinet. The composer and arranger of the music on the album, pianist Laura Cole, draws heavily on her experience of RSI as a musician, and the subsequent depression that she battled with as a result. Now fully recovered, The Rock Between is an attempt to chart this journey through music and words. The album is a collection of largely song-based emotional journeys, juxtaposing original material and arrangements of well-known pieces, and comprises of tightly composed writing offset by improvised passages

. The background to this music also draws from an interest in textures, music in dreams and the translation of transformative emotional experiences through composition and performance. Show less

Laura Cole piano
On the album:

'Metamorphic's The Rock Between is a brave, honest yet beguiling record. Buy it and you'll see why it's brave. A couple of standards are bracketed by pianist Laura Cole's distinctive, original songs. Impressively executed. Keep your eyes and ears on Laura Cole' - Jazz UK, April 2011

‘To metamorphose is to change in form. However, unlike metamorphic rock, formed over thousands of years, pianist Laura Cole’s compositions and arrangements often turn on the spot, introducing new textures, melodies and dense harmonies that whet the palate

'Metamorphic's The Rock Between is a brave, honest yet beguiling record. Buy it and you'll see why it's brave. A couple of standards are bracketed by pianist Laura Cole's distinctive, original songs. Impressively executed. Keep your eyes and ears on Laura Cole' - Jazz UK, April 2011

‘To metamorphose is to change in form. However, unlike metamorphic rock, formed over thousands of years, pianist Laura Cole’s compositions and arrangements often turn on the spot, introducing new textures, melodies and dense harmonies that whet the palate. [...] You have to take your hat off to Laura Cole and her band, who’ve done an excellent job in creating this record’ - JJ Wheeler, The Jazz Breakfast

‘’Multi faceted’ is perhaps the key description of this consistently intriguing and clearly heartfelt album […] this is a rich, emotionally satisfying album that reveals fresh subtleties each time it’s played' - Chris Parker, LondonJazz.com

'The Rock Between is a form of musical alchemy, an attempt to transmute [these] dark materials into a nugget of artistic gold.. lushly scored..' - Dan Spicer, Jazzwise, May 2011

'As I mentioned yesterday, the F-ire label seems to have an unstoppable ability to unleash intriguing new jazz. Here's another case in point.. Metamorphic with a track from their new album, The Rock Between' - Max Reinhardt, BBC Radio 3's Late Junction, 13/4/11

'This is [Metamorphic's] first album, and I really like this. Very interesting music, lots of variety and lots of very strong musicians. This is a really new and exciting British band, I definitely recommend them to you'- Peter Slavid, ukjazzradio.com, 27/4/11 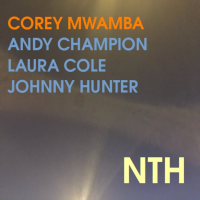 All About Jazz musician pages are maintained by musicians, publicists and trusted members like you. Interested? Tell us why you would like to improve the Laura Cole musician page.