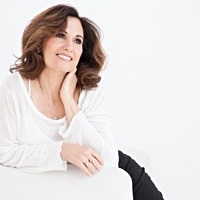 This is a ravishing record. And Lauren White soars extravagantly into the stratosphere...
—JazzDaGama

Lauren White is an accomplished Los Angeles-based jazz singer with a beautiful and versatile voice. Her first three CDs, Lauren White, Experiment, and Meant to Be, were well received and have enjoyed airplay on L.A.’s local jazz station KJAZZ as well as throughout the country. She performs twice yearly at the Metropolitan Room in New York City and can be heard in many jazz venues in the Los Angeles area, including Catalina Bar & Grill, Vitello’s, and the Cinegrill. Her newest CD, Out of the Past: Jazz & Noir, will be released in May, 2016. With updated jazz arrangements, the project brings to life songs featured in some of the most popular movies of the Film Noir genre.

Lauren was born and raised in in Great Neck, Long Island. Throughout a wide ranging life, she has long known that her true love was singing. Her first musical inspiration was an aunt who was an opera singer. Her parents also loved the theater and frequently took the family on outings to Broadway plays. Lauren was inspired to perform at an early age and appeared often in local musical theater.

When she got older, Lauren pursued an acting career, first attending NYU with a major in Liberal Arts, and then studying with the famed Uta Hagen at the Herbert Berghof Studio. She became a working actress, playing leads on several daytime soap operas, including The Doctors and How to Survive a Marriage, and establishing herself as a versatile musical theater performer in shows like Is There Life After High School? (Broadway) and Company (Equity Library Theatre). She soon became a regular on the New York music scene, singing standards and contemporary music in clubs around the city.

After moving to Los Angeles, Lauren continued acting in episodic television and theater, but soon returned to singing, her first love, and began performing in local Southern California venues. She is currently a co- producer on the hit Showtime series, Homeland, and lives in Pacific Palisades with her husband Alex Gansa, a television writer/producer and creator of Homeland. Show less

All About Jazz musician pages are maintained by musicians, publicists and trusted members like you. Interested? Tell us why you would like to improve the Lauren White musician page.