No American jazz singer has traversed a wider array of musical territory over the past five years than the Bay Area’s Laurie Antonioli. Exploring with her vaunted American Dreams Band, she organically transforms any song into a possibility-filled jazz vehicle, a journey that culminated most recently in 2014’s critically hailed Songs of Shadow, Songs of Light (Origin), an album based on the extraordinary music of Joni Mitchell. While named on numerous best-album-of-the-year lists, the album received particularly cherished accolades from Ms. Mitchell herself, who invited Antonioli to perform at SFJAZZ’s May 8 gala celebration in her honor alongside Kris Kristofferson, Kurt Elling, Brian Blade, Joe Jackson, Patti Austin, and Tom Scott, among others.

Antonioli follows up with Varuna (Origin), an album that takes her into very different sonic and emotional spaces. It’s a duo project that reunites her with piano legend Richie Beirach on a collection of utterly reimagined standards, spontaneous inventions, and Beirach originals featuring Antonioli lyrics (German bassist Pepe Berns joins on four of the album’s 13 tracks). In many ways, the album continues an intermittent but always probing musical conversation stretching back nearly three decades, a creatively charged relationship fueled by mutual musical admiration.

“Laurie is the real deal,” Beirach says. “She’s got a rich, elegant, colorful alto voice, great intonation, and amazingly creative and spontaneous phrasing. But most of all, she possesses that unteachable, unexplainable element of humanity deep down in every note she sings.”

Antonioli and Beirach first recorded together in 1992, a startlingly inventive encounter released by Nabel in 2005 as The Duo Session. With Antonioli holding down a professorship at Austria’s KUG University between 2002 and 2006 and Beirach teaching in Leipzig, they performed regularly in top clubs and concert halls around Europe. The prolific Beirach also began giving Antonioli his latest original tunes so that she could write lyrics to them, an activity that has formed the backbone of their creative collaboration. Varuna features three of these songs: the hauntingly cinematic “Inside My Dreams”; the sensuous ballad “My Love”; and the gently flowing title track, which establishes a shimmering feel that pervades the entire album.

A virtuosic player who first gained attention in the early 1970s with Stan Getz and Chet Baker, Beirach is a dauntingly prolific recording artist whose synthesis of Bill Evans and McCoy Tyner is streaked with a darkly romantic classical approach. It’s a sensibility that surfaces most conspicuously on a delectably spacious interpretation of “Haunted Heart,” as well as on an arrangement of Antonioli’s that interpolates Scriabin’s “Prelude in E-Flat Minor” into “My Funny Valentine” in a way that makes the well-worn standard sound utterly new. Their version of Harry Warren’s idyll “Summer Night”—complete with the lovely verse—begs the question of how the song has been so overlooked, while their impromptu version of “Over the Rainbow” throws down a gauntlet for singers who treat it as a chance to soar upward rather than inward.

bioLauriePerhaps the most revelatory passages on Varuna are when Antonioli, Beirach, and Berns create a small suite of improvised short songs: “Revelation,” “Transformation,” and “Exaltation.” Without any preparation and not a word spoken in the studio, they recorded a handful of brief pieces, some of which took shape as structured songs, and others that transmute meter, key, and rhythm over time. The three tunes in the suite flow together as a narrative “about death, transition, and finally ascension in maybe a metaphorical sense—as in the case of relationships or in one’s life cycle,” Antonioli says. “The poem on ‘Revelation’ was made up on the spot, and the repeating words led me into a process where I could build the story to an ‘answer’ or resolution.” The suite is just the latest singular musical communion in a collaboration defined by such moments.

A Bay Area native, Antonioli started playing guitar and writing songs as a teenager in the early 1970s, inspired by the era’s definitive singer/songwriters, particularly Joni Mitchell. She caught the jazz bug listening to her grandmother’s 78s of Nellie Lutcher, the jazz pianist and vocalist whose sassy style resulted in numerous R&B hits in the mid-1940s. Her jazz investigations led her to Billie Holiday, who inspired Antonioli to start singing standards and improvising.

She studied for two years at Mt. Hood Community College’s pioneering jazz vocal program in Portland, Oregon, where she began absorbing the seminal recordings of Charlie Parker, Dizzy Gillespie, Miles Davis, John Coltrane, and Lee Morgan. Just as importantly, she soaked up musical wisdom in person listening to the brilliant vocalist Nancy King. Back in the Bay Area, she had a chance to put her rapidly maturing scat chops to work at 21, when Mark Murphy first asked her to sit in at his weekly gig at The Dock, a music spot in Tiburon.

“I didn’t sing with Nancy at the time, but Mark was very generous on the bandstand, and he regularly invited me to sit in and sing, most of the time improvising in the bebop tradition. Then my scat chops led me to Pony Poindexter.”

Poindexter, a marvelous musician, deft vocalist, and dedicated entertainer, provided Antonioli with invaluable bandstand training and insight into the jazz life. The New Orleans-born saxophonist had cultivated an avid following in Europe, where he had lived for much of the 1960s and ’70s. He recruited the 22-year-old Antonioli for an extensive European tour that turned into an eight-month sojourn in 1980.

“Pony taught me in the oral tradition—the music of Bird, Dizzy, Earl Fatha Hines, and others—each tune, note for note, syllable by syllable,” Antonioli says. “We’d sing in tandem at breakneck speed. I sang only one song that had lyrics in each set—usually a ballad. The European audiences loved the focus on scatting.”

Antonioli recorded her debut album for Catero Records, 1985’s Soul Eyes, a ravishing duo session with piano great George Cables. The title track features Mal Waldron’s lyrics for his oft-played standard, which he gave Antonioli after hearing her sing in Munich. Throughout the decade, she was one of the region’s most visible singers, booked at leading venues and festivals with her own band, performing regularly with Bobby McFerrin, and sitting in with luminaries like Tete Montoliu, Jon Hendricks, and Cedar Walton at Keystone Korner. She forged particularly close ties with Joe Henderson, a creative relationship that lasted some two decades until his death in 2001.

“I’m so grateful for all these experiences,” Antonioli says. “Teaching as much as I do, I end up having to analyze the things I learned through osmosis, so I can pass my knowledge on to students in a more structured way.”

Before she recorded the Joni Mitchell project Songs of Shadow, Songs of Light, Antonioli created another riveting project that delved into her musical roots. Her second album, 2004’s Foreign Affair, is a bracing blend of post-bop jazz and Balkan music created with players from Serbia, Albania, Germany, and the U.S. The project draws on her Montenegrin roots, an interest ignited by the Eastern European music she heard during her childhood and later through her love of the Bulgarian Women’s Choir.

It was a recommendation from her old mentor Mark Murphy that led KUG University in Austria to hire Antonioli as a professor for the vocal jazz department in 2002. Founded by Sheila Jordan, the prestigious program has featured a succession of vocal masters, including Jordan, Murphy, Andy Bey, and Jay Clayton. In the summer of 2006, Antonioli returned to the Bay Area to run the Vocal Jazz Studies program at Berkeley’s California Jazz Conservatory (formerly known as the Jazzschool).

She gained widespread attention with the release of 2010’s American Dreams, a project ranging from unlikely jazz fare like the cowboy lament “Dreary Black Hills” and “America the Beautiful” to her collaborations with Austrian pianist/composer Fritz Pauer, best known to American jazz fans as the longtime accompanist of trumpet legend Art Farmer. The album served as a potent reminder that Antonioli is a major talent, an artist with a global vision rooted in American soil.

With the success of the Joni Mitchell project Songs of Shadow, Songs of Light, some might have expected a follow-up exploring similar territory. She is at work on a third album with the American Dreams band, slated for release in 2016. But rather than constrain her musical identity, Antonioli prefers to surprise, presenting in Varuna the pure distilled chemistry of her connection with Beirach.

“A piano and voice duo is intimate, incredibly free, and capable of very spontaneous and magical moments,” he says. “We are musically telepathic. I love working with Laurie because it’s truly like breathing from the same source of air. Especially on this CD, we are as one mind, one will, and one musical entity sharing an amazing, uncanny empathy for the musical instinct of creativity.” Show less

Laurie Antonioli's 7th Album, "The Constant Passage Of Time," To Be...

Laurie Antonioli Sings The Music Of Joni Mitchell On Her New Origin CD,...

See The Music Of Laurie Antonioli and Richie Beirach 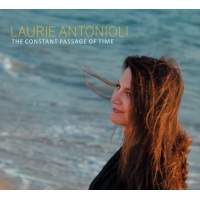 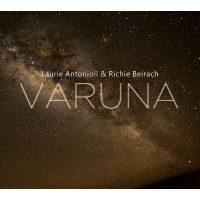 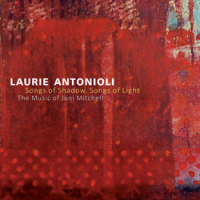 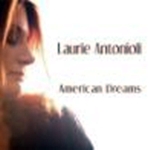 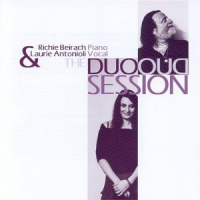 Where Flamingo Fly/Black is the Color

From: Foreign Affair
By Laurie Antonioli

All About Jazz musician pages are maintained by musicians, publicists and trusted members like you. Interested? Tell us why you would like to improve the Suzanne Grzanna musician page.