Tenor saxophonist Lawrence Clark has entrenched himself into the restive jazz scene in New York City. Driven by persistence and passion, Lawrence embarks on a journey into the spiritual realm of music. Inspired by the John Coltrane quartet the Miles Davis quintet and a 10-year apprenticeship in the Rashied Ali quintet Lawrence strives to reach new horizons.

Lawrence grew up in Camden, NJ a neighboring city to Philadelphia, the city of brotherly love. Coming from a non- musical family Lawrence took a liking to music at an early age. Starting out on the alto and baritones saxophones Lawrence worked his way into the concert band and jazz ensembles through out middle and high school. During his senor year in high school Lawrence won a scholarship for private lessons at the Settlement school of music in Philadelphia, Pa.

After graduating high school Lawrence received a partial scholarship to attend Berklee College of music where he later changed his focus to the tenor saxophone. At Berklee Lawrence studied with Fred Lipsus, Andy McGee and Billy Pierce who started him off in the right direction and gave him a solid foundation. Berklee being in the heart of Boston there were many opportunities for Lawrence to network and perform at local jazz clubs there. After spending some time in Boston Lawrence decided to move to New York City to develop a higher level of musicianship.

Lawrence strives to be sincere and expressive through out his music, employing creativity to its fullest and making an emotional attachment which is necessary to convey true purpose and intent. Show less 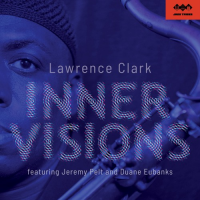 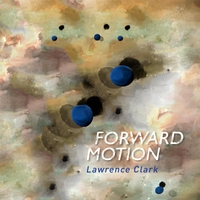 All About Jazz musician pages are maintained by musicians, publicists and trusted members like you. Interested? Tell us why you would like to improve the Lawrence Clark musician page.