b. Lee Mack Ritenour, 11 January 1952, Los Angeles, CA, USA. The prolific Ritenour has established himself as one of the world's leading jazz guitarists with a series of accessible albums over three decades. Starting at the age of 16, Ritenour played his first session with The Mama's and the Papa's. Two years later he was backing Tony Bennett and Lena Horne at L.A.'s Dorothy Chandler Pavilion. Know as “Captain Fingers,” Ritenour became a sought-after session player in the mid-70's. Starting in 1976, at the age of 24, he began his own solo career which now includes over 30 albums and collaborations. Although heavily influenced in his early days by the relaxed styles of Wes Montgomery, Joe Pass and Barney Kessel, he now has his own distinctive sound and fluid style. His list of session work is awesome (some 3,000 sessions), but some of his notable performances were with Herbie Hancock, Steely Dan, Dizzy Gillespie, Sonny Rollins and Pink Floyd. Since the mid-80's Ritenour has been strongly influenced by Brazilian music.

Along the way, Ritenour has received 17 Grammy nominations, earned several gold albums, numerous #1 spots in guitar polls and the prestigious “Alumnus of the Year” award from USC. In 1981, he scored the pop15 hit “Is It You,” featuring vocalist Eric Tagg, which has also become a smooth jazz radio classic. He joined GRP Records in 1985 after recording for Electra the previous 7 years. At that time, he recorded the magnificent “Harlequin” album with GRP co-owner Dave Grusin. It was nominated for 4 Grammy”s and won 1 that year.

In the early 90's, Ritenour teamed up with Bob James, Harvey Mason and bass player Nathan East under the name of Fourplay, who has released a number of soul/jazz/funk fusion albums for Warner Brothers Records. Lee was a founding member of the original band and participated in the first three releases which remain their biggest hits to date. The first Fourplay album in 1991 spent an unprecedented 33 weeks at No. 1 on Billboard's contemporary jazz chart.

In 1993, Ritenour topped the Billboard jazz chart with his accomplished tribute to Wes Montgomery, on his album “Wes Bound”, and followed it in 1995 with an excellent joint album with Larry Carlton. In 1997, Ritenour was a founding partner of i.e. Music at Polygram Records. The first release on i.e. music was a “Twist of Jobim” paying tribute to the great Brazilian composer Antonio Carlos Jobim. The single “Water to Drink” from this album was a #1 Radio n Records NAC airplay single in 1997. In 2000, he and Dave Grusin returned to their classical roots with “Two Worlds,” which remained on Bilboard's classical charts for 51 weeks. In 2001 he released the 2nd of the “twist of” trilogy, with a tribute to Bob Marley, placing reggae classics in a contemporary setting. The first single “Get Up, Stand Up,” was the #1 Radio n Records NAC airplay single of 2001. In 2002, Ritenour released “Rit's House,” a jazzier, funk album with many new original compositions of Ritenour's. The final of the “Twist of” trilogy was the 2003 release “A Twist of Motown.”

In 2004, Lee Ritenour recorded one of his most ambitious projects, a hi-definition, 5.1 sound DVD called “OverTime.” The DVD is 2 1/2 hours long with 19 songs covering his music from the 70's to the current. Musically, it covers 4 distinct areas starting out with acoustic jazz and moving into Brazilian music with Ivan Lins. The second half continues with Lee's early music from the fusion days at The Baked Potato including the original band of Dave Grusin, Patrice Rushen, Anthony Jackson, Harvey Mason, Ernie Watts and Steve Foreman. The DVD concludes with many of his most popular songs from the 80's to 2004 including songs from “WesBound” and “Twist of Motown.” 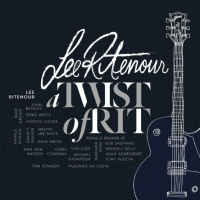 A Twist Of Rit 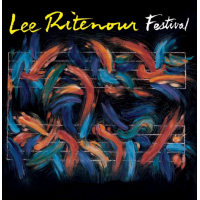 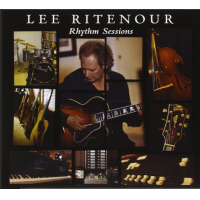 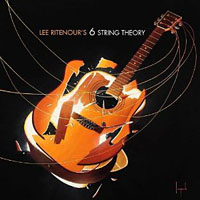 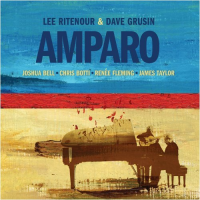 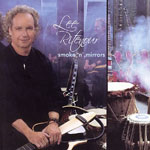 All About Jazz musician pages are maintained by musicians, publicists and trusted members like you. Interested? Tell us why you would like to improve the Lee Ritenour musician page.