Lem Winchester had great potential as a vibraphonist but it was all cut short by a tragic accident. Influenced by Milt Jackson but developing a sound of his own, Winchester actually played tenor, baritone, and piano before choosing to stick exclusively to vibes. A police officer in Wilmington, Delaware, he made a big impression at the 1958 Newport Jazz Festival and was soon recording regularly with such major players as Oliver Nelson, Benny Golson, and Tommy Flanagan. Winchester resigned from the police force in 1960 to be a musician full-time, but then on January 13, 1961, he unsuccessfully demonstrated a trick with a revolver. 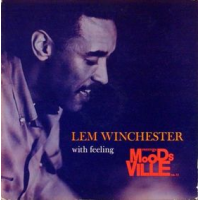 All About Jazz musician pages are maintained by musicians, publicists and trusted members like you. Interested? Tell us why you would like to improve the Lem Winchester musician page.