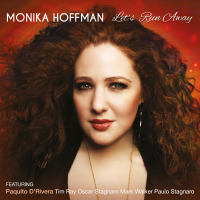 The music on Let’s Run Away is written by Monika with the exception of the latin classic ”Perhaps, Perhaps Perhaps” and the swedish traditional midsummer tune ”Visa vid midsommartid”. Some of the lyrics written and co-written by Monika’s sister Erika Hoffman. The tunes Shooting Star and Everytime You’re Near had a latin touch from the very first beginning but many of Monikas tunes had a pop vibe to them. Especially ”Show Me” and ”Through With You”. Monikas love for Latin Jazz grew stronger during her studies at Berklee. She met professors Oscar Stagnaro (bass) and Mark Walker (drums), both long time members of multi Grammy Award winning legend Paquito D’Rivera’s band. Oscar produced and arranged all the tracks on Let’s Run Away. He also playes bass along side of Mark Walker on drums, Tim Ray on piano (Aretha Franklin, Soul Asylum and Tony Bennett), Paulo Stagnaro on percussion (Paquito D’Rivera, Ricky Martin) and Paquito D’Rivera is featuring on two tracks. The album was recorded in Acton, USA and mixed by Grammy Award Winning composer and mixing engineer Daniel Freiberg (Paquito D’Rivera, Marc Anthony, Gloria Estefan). 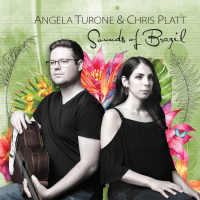 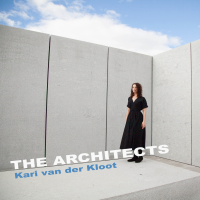 All About Jazz musician pages are maintained by musicians, publicists and trusted members like you. Interested? Tell us why you would like to improve the Let's Run Away musician page.