”(Trumpeter) Lina Allemano is one of the most exciting new voices of the last few years” [Brian Morton, Point of Departure, June 2013].

“Trumpeter Lina Allemano is especially good at the melodification of thought and sound. Her finely textured improvisations are always intent but casual, as if she were merely picking out notes and phrases that have always been there, waiting to be made audible” [Robert Everett-Green, The Globe and Mail, Nov 2010].

LINA ALLEMANO is a Canadian trumpeter, improviser, and composer based in Toronto ON since 1993, originally hailing from Edmonton AB. She has an active international career, performing and recording cutting-edge contemporary music primarily in free-jazz/improvised/experimental/avant- garde settings, but also working in a wide array of other genres. For the past several years, Lina has been splitting her time between Toronto and Berlin, with one foot in Berlin's flourishing and uncompromising art-music scene and the other foot in Toronto's vibrant but somewhat under-the- radar experimental-music scene. Lina was featured as one of the top innovative trumpeters for the future in DownBeat Magazine, and her trumpet playing, compositions, and artistic vision have gained her international recognition as being “adventurous, expressive, compelling, forward thinking, inventive, and sophisticated”.

As well as leading her longtime acoustic free-jazz band, LINA ALLEMANO FOUR, which celebrated its 10th anniversary in 2015, she also fronts the electric improvising group, TITANIUM RIOT. She has been touring extensively with both bands all across Europe, USA, and Canada for many years. (See below for more info on these groups). Lina is also busy collaborating with a very long and ever-expanding list of exciting international improvisers, and is a member of many other active creative groups as a side-person. As a composer, she has been commissioned to compose works for such ensembles as Vancouver's NOW Orchestra. Lina has released 8 of her own internationally-acclaimed albums on her Lumo Records label - 6 with LINA ALLEMANO FOUR featuring her original compositions: Sometimes Y (2017), Live at the Tranzac (2012), Jargon (2010), Gridjam (2008), Pinkeye (2006), and Concentric (2003) - and 2 with TITANIUM RIOT: Squish It! (2017), Kiss the Brain (2014). Her trumpet playing can also be heard on over 40 other albums as well as countless film and television soundtracks. 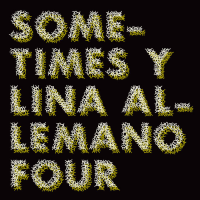 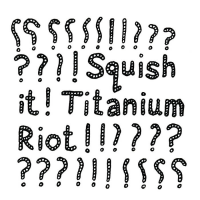 All About Jazz musician pages are maintained by musicians, publicists and trusted members like you. Interested? Tell us why you would like to improve the Lina Allemano musician page.