Latin-American singer/actress Lina Romay was active in films from 1942 to 1952. She came to Hollywood under contract to Columbia, then worked briefly at MGM and RKO. In 1949, she began a three-year run as featured vocalist on the TV series Paul Whiteman's Goodyear Revue.

This lovely lady first appeared on the silver screen as a (unbilled) singer in Xavier Cugat's orchestra. She came to Hollywood under contract to Columbia then worked briefly for MGM and RKO Studios, in a film career that spanned the years 1942 to 1953. She can be seen in such stellar movies as “You Were Never Lovelier” (1942) starring Fred Astaire and Rita Hayworth and “Bathing Beauty” (1944) starring Esther Williams and Red Skelton.

She attracted the attention of servicemen worldwide as a stunning Latin beauty and appeared in Yank Magazine as a pinup girl or cover girl in other publications. She also appeared in several Soundies of the era, no doubt having been selected because of her exceptional singing voice and uncommon good looks.

Being of Mexican heritage, and having been born in the USA, Miss Romay could sing equally as well in both English and Spanish and her roles she played were both as Spanish senoritas to non-ethnic Anglo roles.

She appears with Xavier Cugat in the WW2 feature “Stage Door Canteen”, where she can be seen singing and even dancing a bit with Cugat, with the delightful song “A Bombshell From Brooklyn”.

Lina reminds some of enchanting Carmen Miranda, especially in her excellence in singing and stage presence as seen in “The Heat's On” (1943). She is top notch in this picture, as evidenced by her fabulous singing and hand gestures...yes, hand gestures, she is perfectly poised a la Miranda while delivering her songs and perfectly gestures with her hands. It's very poetic, feminine and artistic, so if you are lucky enough to see this movie, you'll see what I mean.

Several movies later, Lina proves herself a talented actress by appearing in a notable dramatic role in the little gem “Adventure” (1945) with Clark Gable, where she plays Gable's first love interest in the picture (the “girl in a distant port), but second-fiddle to Greer Garson in the picture which boasted the byline “Gables Back and Garson's Got Him”.

Lina's performance was very convincing and quite important in the movie. She even gets to sing some wonderful Spanish-language songs. Although it was a minor part in the picture, she was no doubt noticed by her growing legion of fans and moviegoers just discovering her charms and talents. Gable's really lucky that he gets to play brief love scenes with Lina, who's simply stunning on the silver screen.

Lina nearly steals the show in her next project “Love Laughs at Andy Hardy” (1946), playing Polly Benedict's perky cousin. She charms everybody with a sexy and spirited song and dance near the opening scenes, as her character enchants the townsfolk including Judge Hardy and his family. However, our hero Andy, seems bored and daydreaming of his girl, even while the stunning Lina does the rumba for him. Her infectious smile and cheery personality truly light up the screen.

In Lina's next picture, “Honeymoon” (1947), a vehicle for a maturing teenaged Shirley Temple, she portrays Franchot Tone's girlfriend. She acted in a supporting role in “Embraceable You” (1948). In 1949's “The Big Wheel” Lina again appears with Mickey Rooney. Here she plays a sultry nightclub singer, who parties it up with road racer Mickey who's won new-found fame as a regional stock car racer.

She is quite attractive (a knock-out, in fact), very sensual as she sings and dances while wooing innocent Mickey with a very grown-up vampish delivery. Lina has definitely demonstrated depth in this one, as she projects a sultry, yet sweet image on the screen.

Lina appears is in a cartoon from Warner Bros. the manic Droopy series. In the animated short “Senor Droopy”, little Droopy heroically takes on the bull in a Mexican bull fight to win the affection of his dream girl, Lina Romay! In the cartoon's end, he actually winds up on Lina's lap and gets a kiss from her, in an amusing early piece of special effects combining live action with an animated Droopy.

“Joe Palooka in the Big Fight” (1949) has our girl Lina playing a minor character somewhat following in the footsteps of Lupe Velez (the Mexican spitfire) from the very first Joe Palooka movie starring Jimmy Durante.

In a 1949 movie “The Lady Takes a Sailor”, Lina again plays a hot nightclub singer, dating the movie's male lead. It's a supporting role but we are treated to more of Lina's wonderful singing voice and some great comical scenes with the films lead characters (starring a lovely Jane Wyman).

Latin ladies as the principal star in the American cinema were a rarity, especially from this era.. Some authors have said that their presence on the screen can be traced directly to the Brazilian bombshell Carmen Miranda. In 1945, Carmen was making more than $200,000 annually, making her the highest salaried woman in the U.S. - the result of her combined Fox salary, radio, nightclub and recording careers. Someone coined the term, The Miranda, which saw other studios clamoring to obtain their own version of Carmen Miranda - Paramount had their own Miranda clone, 18-year old Olga San Juan, refreshingly partnered with Fred Astaire in “Blue Skies.” MGM had our own sparkling Lina Romay. And even Republic was grooming Herbert J. Yates protégée, Estelita Rodriquez.

In 1949, Lina headed out West and acted in a couple of shorts for Universal-International, starring Western singer Tex Williams. She sings snappy Western songs and generally lights up the screen displaying her usual perky and lovely self. Generally light fare and a real treat especially for fans of Country and Western from this era.

Lina's last major Hollywood film was 1953's “The Man Behind the Gun” which starred Randolph Scott. Her two beautiful renditions of lovely Spanish songs belie the fact that she is tough as nails. She's both beautiful and dangerous yet sings like an angel. Her final scenes has her involved in a wild cat-fight with Miss Laura, with chairs being thrown and broken on backs and all. Unfortunately when finally subdued and when appearing as if she was ready to turn honest and agree to testify against the gang, their leader shoots her down, just before the films shoot-em-up grand finale. Sadly for Lina fans, this exciting movie saw her getting done-in and also marked the last major film for Lina. She apparently retired from movies altogether and is later only rarely seen on the small screen.

An exceptionally fine singer, she was often heard on popular radio shows of the 1940's such as Jack Benny, Bob Hope and Bing Crosby. She sang on Hollywood Canteen and in USO shows broadcast to American serviceman overseas during WW2. Her appearances on at least 15 Command Performance radio shows. She also was featured in several Mail Call broadcasts, and with the Marx Bros, quite an impressive lineup! She sang on Bing Crosby's Philco Shows and others. She even had her own radio show.

We know her early days as the lead female singer with Xavier Cugat's orchestra, while he was the headlining at the Waldorf Astoria. But she left his employ when she signed a film contract with MGM during that period. She also has appeared on Broadway, most notably in Michael Todd's Peep Show and singing in many small venues.

Lina's TV work in 1949, she began a three year run as a featured vocalist on TV's Paul Whiteman's Goodyear Review. She also also appeared in minor roles or as guest stars elsewhere. In 1957, thirty-five year old Lina appeared as a Spanish-speaking senorita in an episode of Ozzie and Harriet, playing the chaperone of a lovely teen Latin teenager who goes to a dance with one of the boys.

Lina's recent years were spent in Southern California where she was active for many years with the Pacific Pioneers Broadcasters association in California that meets regularly and honors broadcast performers of yesteryear on a regular basis and endeavors to keep the traditions of broadcasting history alive. Show less 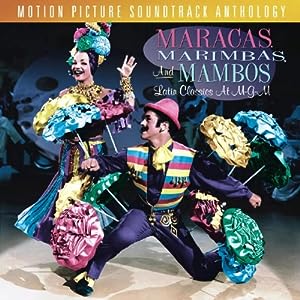 All About Jazz musician pages are maintained by musicians, publicists and trusted members like you. Interested? Tell us why you would like to improve the Lina Romay musician page.