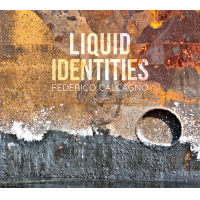 "Forms of modern life may differ in quite a few respects – but what unites them all is precisely their fragility, temporariness, vulnerability, and inclination to constant change.” [Liquid Modernity, Zygmunt Bauman] "Liquid Identities" is the Amsterdam based quintet led by Italian clarinetist and composer Federico Calcagno. The debut album, named after the band, features a repertoire of original songs inspired by jazz and contemporary improvised music, classical-contemporary chamber music and South Indian Carnatic music. Different worlds that not only stay together quite well but also low the borders between them and become parts of a vaster identity. A bigger unity made up by the dissolution of particular forms, there is no more identity to defend. Well shaped and peculiar compositions alternate with superbly mastered improvisations. Following the flow of these liquid Escherian staircases will bring you some fertile and joyous illusions. released June 1, 2020 All compositions by Federico Calcagno Federico Calcagno – Clarinets and Composition José Soares - Alto Sax Adrian Moncada - Piano Pau Sola Masafrets - Cello Nick Thessalonikefs - Drums

All About Jazz musician pages are maintained by musicians, publicists and trusted members like you. Interested? Tell us why you would like to improve the Liquid Identities musician page.