Living Colour is an American rock band from New York City, formed in 1984. Led by guitarist Vernon Reid, the bands lineup solidified in the mid-80's w/ Corey Glover (vocals), Will Calhoun (drums) and Muzz Skillings (bass). Stylistically, the band's music is a creative fusion influenced by free jazz, funk, hard rock and heavy metal. Their lyrics range from the personal to the political, in some of the latter cases attacking Eurocentrism and racism in America.

The band’s debut album, “Vivid,” was released in 1988 on Epic Records. The album reached #6 on the Billboard 200 Albums chart and was later certified double platinum by the RIAA. It featured “Cult of Personality,” a #13 hit on the Billboard 200 Singles chart as well as the Top 40 hit, “Glamour Boys.” “Cult of Personality” went on to earn the band their first Grammy Award for Best Hard Rock Performance.

In 1990 the band's second full-length album, “Time's Up,” was released and reached #13 on the Billboard 200 while certifying gold. It won a Grammy Award for Best Hard Rock Album and featured guest appearances by Queen Latifah, Little Richard, Doug E. Fresh, and Maceo Parker.

Living Colour released the 6-song EP, “Biscuits” which coincided with the inaugural Lollapalooza tour in the summer of 1991.

Skillings left the band in the summer of 1992, replaced by session veteran and Sugarhill Records bass player Doug Wimbish.

“Stain,” their third LP, was released in 1993 by Epic. Reaching #26 on the Billboard 200, the album had a much heavier and aggressive sound, containing elements of thrash metal and industrial music while receiving a Grammy nomination for 'Leave It Alone'.

After a split in 1995, Living Colour returned in December 2000 and began recording “Collideøscope”. Released in 2003, the album featured aggressive lyrics, with many of the songs about the September 11 attacks. It also contained cover versions of AC/DC's “Back in Black” and The Beatles' “Tomorrow Never Knows.”

Their first release on Megaforce Records, “The Chair in the Doorway,” was issued in 2009 and reached #159 on the Billboard 200 charged by the single 'Behind The Sun'

In 2013, the band celebrated the 25th anniversary of 'Vivid' w/ a world tour crossing North and South Americas, Europe, and Japan, including the Soundwave festival in Australia.

The root of Living Colour's next album, came from a performance of Robert Johnson's “Preachin' Blues” at the 100th Anniversary Birthday celebration at the legendary Apollo in New York City.

Released on September 8, 2017, ‘Shade’ is the sound of a band coming to terms with its shadows and light,” says founder Vernon Reid. “From the blue pulpit of Robert Johnson to the mean red streets of Brooklyn... ‘Shade’ is the next chapter of a unique American journey.” Show less 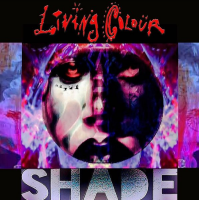 All About Jazz musician pages are maintained by musicians, publicists and trusted members like you. Interested? Tell us why you would like to improve the Living Colour musician page.