LJ Folk has been in the music business since the late 70's. After stints in Toronto coffee houses, Larry set off to study Jazz guitar at Humber College, and composition at York University.

He has released music in several styles over the years, including folk, pop, rock, instrumental scores, and jazz. His collaborations include songs with David Blamires, Mike Racioppa, Rena Gaile, Debbie Fleming, Vince Constantino, HJ Carney, and others.

He was a founding member of the award-winning vocal jazz group, Hampton Avenue, where his silky leads and warm tone helped define that group's unique sound.

In his latest release, LJ has come full circle, back to his jazz roots. The songs are a mix of originals and covers, including arrangements of American songbook standards, (In The Wee Small Hours of the Morning; The Song is You), and new looks at two songs from the 70's, (Nillson's, “One,” and Steve Winwood's, “Can't Find My Way Home.”). The album features the spectacular playing of Jake Langley, Duncan Hopkins, Steve Heathcote, Dan Redner, Peter Mueller, and Memo Acevedo. LJ's acoustic guitar work and tender vocals fill out the arrangements.

LJ Folk Vocalist Toronto
”If you love vocal jazz, you will want to add this high-energy artist toyour collection. I give LJ a HIGHLY RECOMMENDED” —Dick Metcalf, CADENCE MAGAZINE, October 2015

“As a vocalist, Folk is nothing short of breathtaking – expressive and compelling, his voice effortlessly and consistently delivers the goods. Despite the whimsical title, this CD is a work of incredible depth and artistry and certainly one of the finest vocal jazz recordings of the year.” —Lesley Mitchell-Clarke, The WHOLENOTE MAGAZINE, April 2015 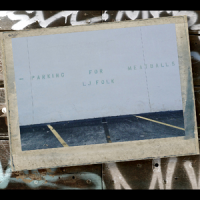 All About Jazz musician pages are maintained by musicians, publicists and trusted members like you. Interested? Tell us why you would like to improve the LJ Folk musician page.