Logan Hone's music is ecstatic. His charm is instantaneous enough to “get it” without much legwork while his compositions are complex enough to revisit. Hone joyously steps into numerous traditions at once, often incorporating nuanced performances, slyly comedic texts, and a refined, instantly recognizable musical sensibility. If there is any common thread throughout his varied output, it is his eclectic and unabashed incorporation of influences from contemporary jazz to hypnagogic pop, Arthur Russell to Robert Ashley, classical theory to post-modern aesthetics, Morton Feldman to Magnetic Fields.

Logan is a co-founder of Deseret Experimental Opera Company in Utah which produces and performs experimental operas. He has performed at The Blue Whale, Cry and Roar 6 (festival headliner), Downtown Music Gallery (NYC), Gowanus Art and Production, Berkeley Arts Festival, Open Gate Concert Series, MorYork, and has presented masterclasses at University of Utah, University of Reno, Snow College, College of Southern Idaho, among many more

. Logan received a degree in Jazz Performance from California Institute of the Arts. Show less

“boldness, irreverence and humor enough.” — All About Jazz

“The band sounds like they are getting ready to be the soundtrack for an animation film festival, or at least a Warner Brothers Saturday morning matinee.” — Jazz Weekly 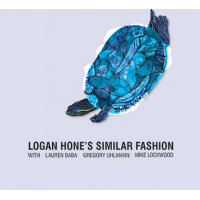 All About Jazz musician pages are maintained by musicians, publicists and trusted members like you. Interested? Tell us why you would like to improve the Logan Hone musician page.