An award winning flutist of admirable depth and broad musical sympathies whose recordings and live performances over the years have set new and higher standards in contemporary jazz and classical music, Lori Bell paid heartfelt tribute to her family and birthplace on her critically acclaimed 2016 album Brooklyn Dreaming.

A longtime resident and innovative cultural presence in San Diego, Lori paid special homage to her parents whose musical passions and talents gave rise to her own. Her father was a big band lead trumpet player in NYC for over 30 years and her mother played the accordion with a great ear for both jazz and classical music. Growing up, she was influenced by the traditional music of her Jewish culture and a wide range of musical legends from violinist Jascha Heifetz, jazz singer Sarah Vaughan, and guitarist Wes Montgomery.

Brooklyn Dreaming, Lori’s ninth solo album, was an across the board critical smash, earning four star ratings from Jazz Journal, Jazz Times and the Los Angeles Times (four and a half stars) and Downbeat, which chose it as one of their “Top CD’s of 2016.” Huffington Post also chose Brooklyn Dreaming for their Best of 2016 List. Bill Milkowski wrote in the March 2016 issue of Downbeat: “Bell flaunts prodigious chops on both C flute and alto flute, though her pen might be mightier than her sword. Her originals all reveal a wide harmonic palette, a sophisticated rhythmic sensibility and a refined sense of dynamics, along with an urge to swing.” Veteran jazz critic Scott Yanow chose it as one of his Top 25 Best CD’s of 2016.

Brooklyn Dreaming also earned Lori her third honor from the Global Music Awards, for Outstanding Achievement for album and composition. In 2011, she received the competition’s Award of Excellence for her depth of playing, composing and arranging for her self-titled debut album Lori Bell. She followed that in 2014 with the Gold Medal Award for her composition “Une Chanson Pour Claude” from her album Night Soliloquy. A showcase for musical gems and unique voices, the Global Music Awards is a top tier music competition that honors talented musicians around the world.

Lori also has toured in Asia, including Singapore and Hong Kong. She has also performed in high profile ensemble settings at The Kennedy Center in Washington, DC, SOKA Performing Arts Center in Orange County, CA, The Wadsworth Theatre at UCLA, and most recently, on a project of jazz arrangements and classical compositions for the Los Angeles Philharmonic Music Library. She has performed three times at the Gala for the National Flute Association, most recently in 2016.

In addition to her global renown as a performer and recording artist, Lori is a respected force in music education. She is currently on the faculty as an Instructor of Flute and studio teacher at San Diego State University and over the years, has privately taught hundreds of students of all ages in flute, piano (her secondary instrument), theory, composition and arranging at her studio in San Diego. In early 2017, she taught master classes at the New York Flute Club at Columbia University. In the Fall of 2017, she will return to NYC to conduct master classes at Mannes School of Music, a conservatory in The New School university.

While branding herself as an artist and performer who plays everything “from Bach to Bebop,” Lori Bell’s musical muse extends even beyond those worlds. A musical chameleon by nature, she is continuously evolving and committed to pursuing her musical passions wherever they lead her.

Her debut on Discovery Records, “Love Will Win” with pianist Dave Mackay and bassist Andy Simpkins, received warm praise and four and a half stars (out of five) from the esteemed Leonard Feather and was selected on the Grammy list for Best New Artist in 1983. A second Discovery disc, “Take Me To Brazil”, demonstrated her ability to maintain a high level of inspiration. This album featured the first of several fine original compositions and was enthusiastically given four stars by the Los Angeles Times in 1989.

Over the past 20 years, Ms. Bell’s many performances in venues such as the Wadsworth Theater, SOKA Performing Arts Center, and the Kennedy Center, established her reputation, among musicians and audiences alike, as a remarkably vital interpreter. A recent performance at The Vic was exemplary of this quality, prompting the critic for the L.A. Times to note that “Bell’s playing - on C flute and the lower, darker sounding alto flute - was gorgeous, filled with light and air on the ballads, briskly inventive on her bop-tinged improvisations”.

In 1998, this artistic maturity was delightfully demonstrated with her stellar work with Dave Mackay and guitarist/vocalist Ron Satterfield in the trio INTERPLAY. Their self-titled first album was selected on the 1999 Grammy ballot in four categories, including Best Jazz Solo by Ms. Bell on Pat Metheny’s, “It’s Just Talk.” The disc, which garnered four stars from Scott Yanow in Strictly Jazz magazine, also features her composition “Playing in The Snow”, a waltz that skillfully combines an uncommon musicality with a fresh, intrinsic charm.

After a 2004 date at “The Vic”, the L.A. Times noted that INTERPLAY'S “constantly engaging set” rendered “the tunes with the collective enthusiasm and musicality that defines the work of this superlative ensemble”.

Ms. Bell conveyed her special talents to a wider audience with her first solo endeavor, her eponymous CD. Released in 2002 on the Beezwax label, the “Lori Bell” album featured several fine arrangements of original compositions and standards. The Grammy Award panel recognized the album’s comprehensive excellence with selections in five categories, among them Best Instrumental Arrangement, Best Composition, and Best Instrumental Solo. The CD also won a 2011 Global Music Award. “The GMA's Award of Excellence goes to Lori Bell for her album 'Lori Bell” which features music of depth and outstanding arrangements of original composition.”

In 2008, Lori signed with Resonance Records. The first CD, entitled “The Music of Djavan” was released in the fall and features such superb artists as pianist Tamir Hendelman, bassist David Enos, and drummer Enzo Todesco. Praised as “...a rousing send up at the hands of one of the finest virtuoso flutists of our time” (Latin Jazz Network) and “a brilliant piece of discovery for jazz explorers.” (All Jazz Network), the disc also received a 2009 San Diego Music Award nomination for Best Jazz Album. The newfound sympathy and inspired music making of this collaboration was most recently rendered in live performances in Los Angeles at Catalina Jazz Club, Crown Plaza LAX Jazz Club, Vitello's and a special performance for the Los Angeles Philharmonic Music Library.

Acclaimed Lori Bell Quartet To Showcase At 23rd Annual Jazz In The...

”Bell's playing on C flute and the lower, darker-sounding alto flute is gorgeous, filled with light and air on ballads. Briskly inventive on her bop tinged improvisations”. - Los Angeles Times ”One of the finest flute virtuoso's of our time”. - Latin Network ”It's hard to imagine a more synergistic gathering of virtuosity, freedom and the sheer joy of musical conversation”. - Bird Magazine

“Brooklyn Dreaming” is going to be recognised as the standard for a flute-led album.” - Raul da Gama

Ms. Bell has over 20 years of worldwide teaching experience and concentrates on classical technique, jazz improvisation, theory & harmony. She specializes in imagery concepts - a technique that can help free the flutist of technical difficulties in tone production, projection and color-to more fully develop expression while overcoming common interpretive constraints and obstacles

Ms. Bell has over 20 years of worldwide teaching experience and concentrates on classical technique, jazz improvisation, theory & harmony. She specializes in imagery concepts - a technique that can help free the flutist of technical difficulties in tone production, projection and color-to more fully develop expression while overcoming common interpretive constraints and obstacles. Her overall focus is to heighten creativity and artistry in performance. Lori also teaches jazz piano, harmony, theory, arranging and composition. 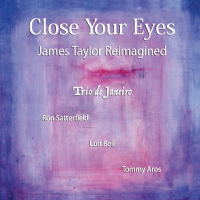 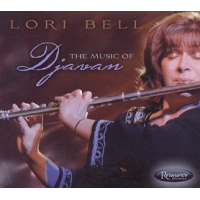 The Music Of Djavan 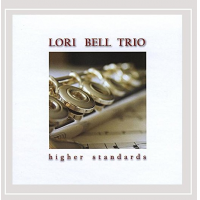 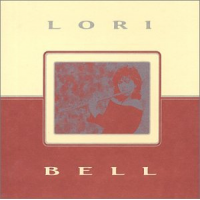 From: blue(s)
By Lori Bell

From: blue(s)
By Lori Bell

A Dog on Coney

From: Brooklyn Dreaming
By Lori Bell

All About Jazz musician pages are maintained by musicians, publicists and trusted members like you. Interested? Tell us why you would like to improve the Lori Bell musician page.