Louis Romanos studied percussion under Idris Muhammad, Johnny Vidacovich and Art Perretta.  At nineteen he moved from Connecticut to go to the birthplace of Jazz, New Orleans, to study music and philosophy.  Louis has since performed and recorded with a number of renowned musicians including Tommy James (Director of the  Duke Ellington Orchestra), Gene Bertoncini, Steve Masakowski, Chuck Leavell, Keith Richards, John Mayer, Charles and Cyril Neville, Al Hirt, Dave Easley of Brian Blade’s Fellowship Band, Charlie Miller of Dr. John’s band, Jazz Legend Earl Turbinton, Tricia Boutte, Marva Wright and  Dave Anderson of the Louisiana Philharmonic and many, many more. As a Composer, Louis writes for live bands, dance, TV, video games, indie movies and commercials.   His band, Permagrin, released three albums co written with Dan Sumner.  Permagrin performed in SXSW music conference, the NOW music festival, the New Orleans Jazz Fest, the Indy Jazz Fest, the Boom Boom Room in San Francisco, and were nominated for best electronica band in New Orleans in 2005 Big Easy Awards.  Permagrin licensed Classical to the documentary movie, Plane Spotting.   Louis’s commissioned works include 5 works for the Confederacy of Dances performance in New Orleans at the Contemporary Arts Center, Take Me There, for the University of Monroe guitar ensemble and a piece for Mirari Brass Quintet.   Louis wrote Light Waves for visual artist and Chicago producer, Nancy Bechtol, and together they have a work on Culture T.V.  Louis also composed about a dozen pieces for C-E-N-T-E-R, a collaborative project between visual artists and composers, in Los Angeles, California.   Additionally, his composition, Tyco at the Gates was licensed to the major motion picture, Cool It

. Recent credits include a dystopian futuristic score for the short movie, Odessa,  an action score for Fira’s Game, and an uplifting score for feature documentary, Pink and Blue: the colors of hereditary cancer.  Louis has also scored live theater (The Bakkhai), video games (The Dark Ages of Titan, Corpse Wagon), the modern ballet (Interior Borders by choreographer, Joan Buttram, at University of Georgia) and recording drums on the new theme song for the Squidbillies on Cartoon network. Currently, Mr. Romanos leads and writes for his own quartet, The Louis Romanos Quartet (www.louisromanosquartet.com), which released it’s debut album, Take Me There, in 2015.  His quartet performs concerts and clinics in the mainland USA and in Hawaii.   Mr. Romanos recently developed a workshop for Brenau University’s Dance Department teaching dancers basic music and communications skills need for cross discipline collaboration.   Mr. Romanos is currently  scoring the full length feature film, Above the Fruited Plains.  Website: http://sonamormusic.com/works/ Show less 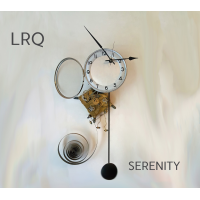 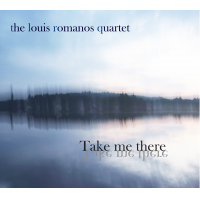 All About Jazz musician pages are maintained by musicians, publicists and trusted members like you. Interested? Tell us why you would like to improve the Louis Romanos musician page.