2002 and 2003 Grammy nominee Luciana Souza is one of Brazil's leading singers and interpreters, while at the same time establishing herself as one of the most exciting songwriters of the time. Hailing from Sao Paulo, Brazil, she grew up in a family of Bossa Nova innovators who performed and wrote numerous hit tunes for stars like Joao Gilberto and Elis Regina. Her early childhood was influenced by the frequent jam sessions and weekend visits of stars of the day such as Milton Nascimento and Hermeto Pascoal.

Her work as a performer transcends traditional boundaries around musical styles, offering solid roots in jazz, sophisticated lineage in world music and an enlightened approach to classical repertoire and new music. Ms. Souza has appeared and recorded with renowned jazz musicians including Danilo Perez (on two Grammy nominated albums), John Patitucci, Hermeto Pascoal, Maria Schneider, and Kenny Wheeler among others.

Her “North and South” recording , also for Sunnyside, featured Ms. Souza with bassist Scott Colley, drummer Clarence Penn and three pianists, Edward Simon, Bruce Barth and Fred Hersch in an eclectic mix of standards from the Brazilian and American repertory and two exciting new originals. This recording was also nominated for a Grammy as “Best Jazz Vocal Album” for 2003.

Luciana Souza’s latest recording, “Neruda” (Sunnyside) is Ms. Souza’s settings of 10 of Pablo Neruda’s poems for voice, piano, and percussion. Received by the press with rave reviews, “Neruda”is a sublime work by what the New York Times calls “a serious composer.”

In addition to her work in Jazz, Ms. Souza has been a prominent soloist in two works by new music composer Osvaldo Golijov. Through these works, Souza has performed with the Bach Akademie Stuttgart, the Boston Symphony Orchestra, the LA Symphony, and the Brooklyn Philharmonic. Other orchestral appearances include Manuel de Falla's “El Amor Brujo” with the Atlanta Symphony under the baton of Robert Spano and, more recently, with the New York Philharmonic, conducted by Roberto Minczuk.

Luciana Souza has appeared at music festivals around the globe including the Boston Globe Jazz Festival, Chicago Jazz Festival, the Festival Jazz En Tete in France, the Oregon Bach Festival, Ravinia, and Tanglewood Festivals. Highlights of her upcoming season include appearances with the Atlanta Symphony Orchestra and the opening season at Jazz at Lincoln Center’s new jazz venue.

A musician many other musicians are “buzzing about” (Washington Post, 2002), Ms. Souza began her recording career at age three with a radio commercial, and recorded more than 200 jingles and soundtracks, becoming a first-call studio veteran at age 16. She spent four years on faculty at Unicamp State University in Brazil, followed by an assistant professorship at Berklee College of Music in Boston, where she received a Bachelor's in Jazz Composition. Ms. Souza earned a Master's degree in Jazz Studies from New England Conservatory of Music and is currently on the faculty of Manhattan School of Music. Ms. Souza is committed to offering educational opportunities for other aspiring musicians continuing to hold workshops and clinics in Europe, North and South America. Show less

Luciana Souza at Jazz at Lincoln Center on January 27 & 28

Luciana Souza to Release "Tide" May 26 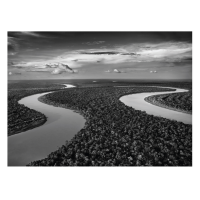 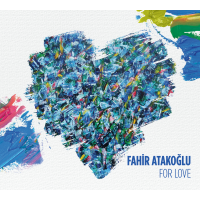 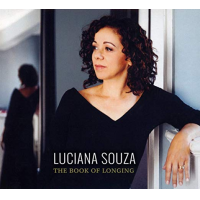 The Book Of Longing


The Book Of Chet

All About Jazz musician pages are maintained by musicians, publicists and trusted members like you. Interested? Tell us why you would like to improve the Luciana Souza musician page.