Argentinean Bassist and Composer Luis Lascano was born in Buenos Aires, Argentina. He has been immersed in the arts since his earliest years. In his beginnings as a musician, he took Electric Bass lessons with Carlos “Machi” Rufino, and he developed in different styles as Jazz, Classical, Rock, Funk and Tango. He also studied Jazz Harmony with Jorge Navarro, Guillermo Romero and Juan Cruz de Urquiza. Invited to attend to Berklee College of Music on a scholarship, he moved to Boston in 2008, to pursue his studies in Composition, Arranging and Orchestration. At this prestigious school, he studied with Sheldon Mirowitz, Jon Klein, Joe Smith, Dennis Leclaire, Bob Pilkington and David Callahan. He graduated Summa Cum Laude with a degree in Film Scoring in 2012.

In the past two years, in addition to releasing his first solo álbum, ”Some Trips”-featuring most of the best players in the NYC jazz scene, like Sam Sadigursky and Kirk Knuffke-, he has been working in the original music for two documentaries. One of them,“Legacy”, is about the historic development of the LGBT movement in New York City, directed by filmmaker Kris Byrnes. Also he wrote the soundtrack for “Dancing for Peace”, a film that shows the benefits of a dance program, designed for children affected by war and armed conflict in Cazuca, near Bogota, in Colombia, produced by Nukanti Foundation for Children. 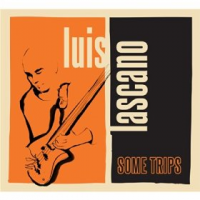 All About Jazz musician pages are maintained by musicians, publicists and trusted members like you. Interested? Tell us why you would like to improve the Luis Lascano musician page.