Luke Winslow-King is a guitarist, singer, composer, and lyricist known for his slide guitar work, and interest in pre-war blues and traditional jazz. Winslow- King’s work consists of an eclectic mix, taking in delta-folk music, classical composition, ragtime, and rock and roll; juxtaposing original songs with those from a bygone era.

Whether solo, or with a band, Winslow-King offers an original sound that is both rustic and elegant. He delivers energetic and dynamic performances, with his burgundy voice and versatile guitar playing.

LWK, originally from Cadillac, Michigan, moved to New Orleans by chance in 2001. During a decade in New Orleans, he has collaborated with a revered list of local musicians, including: John Boutte, “Washboard” Chaz Leary, and Paul Sanchez.

. Winslow-King has also performed live on CNN, the Discovery Channel, and BBC-TV in recent years and was named ‘Writer of the Week’ by American Songwriter Magazine. Show less 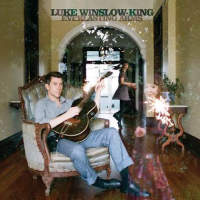 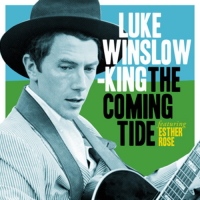 All About Jazz musician pages are maintained by musicians, publicists and trusted members like you. Interested? Tell us why you would like to improve the Luke Winslow-King musician page.