Lynn Cassiers is a Brussels based singer in the new jazz and improv scene. In Belgium she has worked with contemporary jazz ensembles such as Octurn, The Brussels Jazz Orchestrated and Mäâk. As a singer and soundscaper she’s part of bands like Tape Cuts Tape (Trouvé/Cassiers/Thielemans), Lilly Joel (Jozef Dumoulin), Oba Loba, Alexandra Grimal’s ‘Naga’, Jozef Dumoulin & Lidlboj,…

Besides performing solo and as a sideman, Lynn leads her own projects: ‘Imaginary Band’(clean feed 2018) and ‘YUN’(clean feed 2020). Two midsized electro-acoustic ensembles that, despite a partially overlapping lineup, have each their own distinct sound and repertoire.

“…One of the most remarkable voices of our Improv Scene…”(Enola magazine) “…Cassiers is brilliant. She really couldn’t care less about genres and vested expectations: she creates her own sonic universe in which avant-garde pop (think Laurie Anderson), traditional jazz and free improv meet, in a wonderful mixture that avoids all the traps of doing this..”(freeJazzBlog) Raised in a musical family and despite her early roots as a teenager singing in her brother’s cover band, Lynn was introduced to jazz at an early age. She studied Jazz vocals at the Royal Conservatory of The Hague and had her first bands in such musical environment. Though soon enough her curiosity for contemporary music and other art forms drew her to the realm of ‘improvised music’ and ‘sound art’. She integrated a small set of electronics that ever since has grown around her musical needs. Today, Lynn’s work suggests a wide variety of styles including free jazz, pop, rock, noise, film music, folk and ambient. Lynn has developed a unique style, manipulating her voice to create abstract sound textures in a multitude of musical contexts. Her work has been reviewed by international press.

Studies: ‘de Kunsthumaniora’ of Antwerp and The Royal Conservatory of The Hague. Teachers; Rachel Gould, Kristina Fuchs, Natasha Röth, John Ruocco and Eric Vloeimans. Masterclasses; Jay Clayton, Dave Liebman, Mark Murphy, Ronan Guilfoyle, Billie Hart, Judy Niemack, among others. In 2001 Lynn was a laureate of the Axion-classics competition. She appeared as a semi-finalist on the the montreux vocal jazz competition 2005.

Since 2008 she teaches vocal jazz at the Lemmens Institute/LUCA school of Arts in Leuven, Belgium. Show less 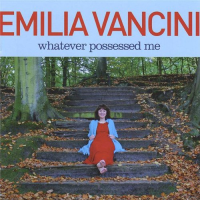 All About Jazz musician pages are maintained by musicians, publicists and trusted members like you. Interested? Tell us why you would like to improve the Lynn Cassiers musician page.