Behold...a woman whose time has finally come. After being the go-to singer for an astounding and diverse roster of musical talents that includes Phil Collins, Patti Austin, Stevie Wonder, Kenny “Babyface” Edmonds, Yolanda Adams, Norman Brown, Bill Withers, Mariah Carey, Gloria Estefan, Whitney Houston and Seal, this lady is ready for the world to hear her voice, her music and her story. The lady is Lynne Fiddmont and her first step toward total self-expression is her life-affirming debut album, Flow (released on the lady's own boldly named recording imprint, MidLife Records).

Flow is a 9-song collection of melodic, jazzy soul songs for which Lynne composed all but one. Beyond writing and singing, Lynne also produced the project, learning Pro Tools and other advanced studio techniques to ensure that she had a hand in every aspect of its creation. All of her hard-earned time in studios and on the road working amongst the very best the business (in all fields) has prepared Ms. Fiddmont for her maiden voyage as a complete artist in her own right. The key has been getting in tune with personal goals...and going with the Flow. “Flow is the developing philosophy for my life right now,” Lynne explains. “As things occur, you can either fight them or go with them, figuring out solutions and making the best of a challenging situation.”

Flow marks Fiddmont time! “You know,” she muses, “I've never felt that before...but I feel it now! It's been great doing things that were once 'off limits,' like producing or Pro Tools. I called in many of my favorite bass players (the instrument of her heart) and even had to tell one of them to go home after I felt the part he played was sufficient! There aren't many women producing, editing and recording. I refuse to be limited. I want to express my full potential, whatever that is. It has nothing to do with anyone else. I feel like I'm finally getting that...and its great!”

The music washes over the listener, bathing them in the luxuriant moods of Lynne's divine, sultry voice. Ms. Fiddmont surrounds you in an intimate aural embrace of love, serenity and sensuality. Like sun-ripened summer fruit, the CD bursts open with the care-free samba “Holiday” (produced by bassist Freddie Washington, best known for co-writing Patrice Rushen's “Forget Me Nots,” which was also sampled for Will Smith's “Men in Black”).

Flow (The EP Remix Series), released as the CD's first single through INgrooves and on tastemaker compilations in Europe, has whet the appetites of listeners for Lynne's soul-stirring artistry. Fusing a boppin' groove to catchy, clever lyrics, co-writer and producer Tim Carmon and Lynne hit the mark with a musical combination destined to touch everyone.

“Say” (which recalls vintage Rufus meets Minnie Riperton) opens like a Calgon- inspired afternoon daydream before descending into a gentle plea to reignite romance. It features lovely piano work by Mark Stephens. And then there's the intoxicating andmesmerizing “Cupid.” “I love the opening lines,” Lynne sighs. “'You are the song that my soul sings / You give my melody a meaning.' I'm a hopeless romantic. That's how I look at the possibilities of love. The idea that it can exist is so inspiring.”

Another love wrinkle can be found on “Feels So Right.” “That's my sexy song,” Lynne chuckles. “It reminds me of some ol' Isley Brothers! I really struggled with putting this on the record...but as writers, we must be free enough to discuss all aspects of human frailties and realities. Sometimes we need to examine things we don't always like about ourselves.”

The reverently introspective “Never Really” is actually the first song Lynne ever placed as a songwriter on another artist's album. This song originally appeared on pop star Tyler Collins' 1992 album, Tyler. Lynne's new arrangement takes some sumptuous new harmonic detours (check the coda), lending even deeper resonance to the soul searching of the lyric.

Flow's one cover song is the CD's closer “No Regrets,” which young Lynne discovered on a 1976 recording by Phoebe Snow (it was also recorded earlier by Ella Fitzgerald). It's the second song that Lynne ever sang in public. Swingin' in a sultry, sassy mode supported by a trio of piano, bass and drums, Lynne proves her jazz roots with aplomb here while also sharing another truism of her life philosophy.

Blue notes of bittersweet déjà vu fill Lynne's breathtaking new acoustic version of “U R Loved,” a Quiet Storm classic that she first recorded in 1991 with her former husband Wayne Linsey (under the Duo name “Linsey”) on their CD, Perfect Love. “That was the first song that Wayne and I wrote together,” she reminisces. Lynne is dedicating her debut solo CD, Flow, to the late Carl Anderson, a peerless artist with whom she shared many personal and professional memories. He passed away in 2004. “Carl always pushed me to do my thing,” Lynne states. “One of the most precious memories I have of Carl is, while he was in the hospital, he asked me to sing “U R Loved” for him and I did. I was glad I could comfort him in some way because he always gave so much to me. He always made me feel like I had something special to give.'”

Everything that Lynne has learned about relationships has manifested within her work. She poured her heart into the driving, inspirational mantra “Something I Can Feel” (which features her brother, Keith Fiddmont, on soprano sax, as well as her son, Courtney, and daughter, Alana, as part of the children's choir). It was inspired by her lifelong musical idol, Stevie Wonder, and his masterwork “As,” because, “the hook has so many words and the structure goes through cycles,” she explains. “The song talks about wanting to believe in the love supreme and that love can conquer all. The main idea is 'I don't want you to tell me that you love me. I want to feel it.'”

While Lynne's professional focus has exclusively been singing--for and with others--her talents remain wide and impossible to pigeonhole. One accomplishment of which she is most proud is her work with legendary jazz keyboardist Joe Zawinul and his group The Zawinul Syndicate. “I toured with Joe--playing percussion, keyboards AND singing--while I was carrying my first child,” she says laughing. “I got the gig just before I found out I was pregnant. I thought he was going to have to let me go. When I told him, he said in his thick Austrian accent, 'What better thing to show than life!' I love him for that.” Today, Lynne's still doing it, playing percussion and singing with smooth jazz guitarist Norman Brown, and touring with pop music giant Phil Collins' on his “First Final Farewell Tour.”

So if there is one message Lynne would like to get across to the music industry with its reams of demographic breakout charts and such, it is this: Life Does Not End At 20! “I don't support the idea that more mature audiences are the 'wrong demographic,'” she states. “It's not wise that the music world is so youth-driven. Think about what you know at 20 vs. what you have to offer and say later on. If you cut people off who have life experience and/or musical experience, then you're missing out on some interesting things that may benefit the music community and the community at large. In ancient communities, elders were looked up to with reverence. We need to pull some of that back!'”

“Life's too short to sit around and wait for something good. Check your latitude! - from “Flow“ Show less 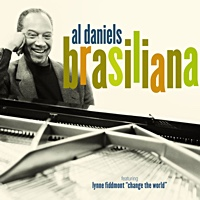 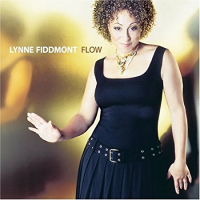 From: Flow
By Lynne Fiddmont

All About Jazz musician pages are maintained by musicians, publicists and trusted members like you. Interested? Tell us why you would like to improve the Lynne Fiddmont musician page.