Lyubomir Denev is one of the biggest names in contemporary Bulgarian music. He has written music for film and theater, and has made a successful international career as a solo jazz musician, playing at festivals in Paris, Oslo, Budapest, Berlin, among others. Denev is a recipient of numerous awards for his work as a composer – among those are “Sofia 1989”, “ASKEER 2001”, “Crystal Lyre 2006”, “Zlatna Rakla 2006”. The Bulgarian National Television has produced two documentaries about Denev’s works and his music has been performed across Europe and countries, such as Mexico, China, India, Egypt, Japan, Canada, and the United States.

INTERNATIONAL Sept 2009 - IInd price in the Competition SOFIA 2009 for Concerto Nostalgico - composed for the chamber ensemble Sofia soloists Nov. 2006 – Film-music Award from the International Festival “Golden chest” in Plovdiv for the music for “The sparrows in October” Feb. 2005 – First Award in the competition for a piano music “BOESENDORFER” (Bulgarian National Radio) for “HYMNS of the SUN” IIId price at the International chamber-music competition INTERSONANZEN in Potsdam – Germany for the work “Playing with the Wind” – 2003 IIId price at the International choral-music competition in Chechia “Jihlava – 2002” for the song-cycle “By the Spring” (for female choir) IIId price at the Balkan Choral-Music Competition 2002 for “Silvia”, song for female choir on Shakespeare’s sonnet. NATIONAL (Bulgarian) December 2009 – IInd price from the competition Boris Christoff – Before Farewel for bariton and harp 2007 – Winner in the Competition of New Symphony Orchestra – commission for a new work Oct. 2006 – Cristal Lire for jazz- performing ASKEER 2001 – Theater Music-Award (for the musical “Yesterday”) 1999 - The award for theater-music (Foundation "D. Valchev") for the ballet "Homo Ludens", premiered by "Arabesque" – ballet and for the musical "Alice" (on L. Carol’s book) 1989 - The award "SOFIA" for the musical "The law of the jungle" 1979 - First Prize at the festival "Golden Orpheus" for the pop song "Before Dawn" Several awards for pop-songs, music for children and others 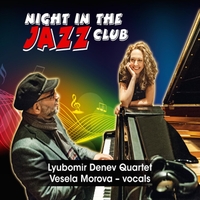 Night in the Jazz Club 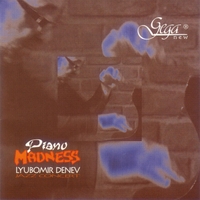 A Boy In Love

From: Night in the Jazz Club
By Lyubomir Denev

All About Jazz musician pages are maintained by musicians, publicists and trusted members like you. Interested? Tell us why you would like to improve the Lyubomir Denev musician page.