Jazz/Soul Vocalist, pianist and composer, Mala Waldron is a native of New York. Mala's musical approach reflects the many varied styles of music she was exposed to as a youngster. She credits her parents, both jazz pianists, with giving her a strong and varied foundation in the jazz culture. Her maternal grandmother, also a pianist, was from the caribbean islands and introduced young Mala to Calypso. Of her earlier influences, she also credits her older brother with introducing her to the best of R&B.

At the age of 7, Mala began formal piano lessons. Later, she joined her first band, a local R&B group. This marked the beginning of her career as a full-fledged gigging musician — she was only 15. Within a year, that band was signed to RCA records. After graduating from high school, she went on to expand her knowledge of music studying jazz piano, voice and composition at SUNY College of Old Westbury with multi-reed player Makanda Ken McIntyre. She earned a Bachelor of Arts degree.

Mala performs regularly in the tri-state area, and has performed internationally including tours in Japan, Italy, France and Russia. Previous recordings to her credit are a duo with her father, pianist and composer Mal Waldron, entitled He's My Father (Tokuma Communications/Japan). The following year, her solo debut, Lullabye was released on the same label. HerAlways There, was released independently in 2006 and was named one of the “Top 20 Jazz CDs of 2006 by JazzUSA, and celebrated with a sold-out launch concert at New York's Jazz Standard.

Her newest offerincg, Deep Resonance is an intimate, up-close-and- personal look into the artist's creative soul and mainly features her original compositions, with the exception of a Joni Mitchell cover of “Jericho.” The CD will be released in April 2016 with a launch party scheduled for May 11 at New York's Club Bonafide.

“... She's her own singer, as she seems to interpret the vocal tradition in her singular & unique style of rendition ... She's a keeper!”


“When you hear Mala Waldron's soulful voice ... you realize that you are experiencing something very special ... bringing various musical influences into a jazz realm.”

“... She's her own singer, as she seems to interpret the vocal tradition in her singular & unique style of rendition ... She's a keeper!”


“When you hear Mala Waldron's soulful voice ... you realize that you are experiencing something very special ... bringing various musical influences into a jazz realm.”


“Ms. Waldron successfully bridges that fine line between serious instrumental fare and pop-like viability ... Not to be overlooked” 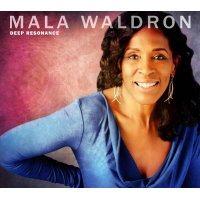 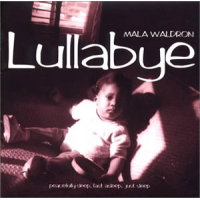 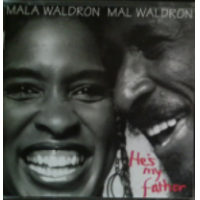 From: Been Down This Road Before
By Mala Waldron

All About Jazz musician pages are maintained by musicians, publicists and trusted members like you. Interested? Tell us why you would like to improve the Mala Waldron musician page.