Manuel Rocheman comes from a family of musicians. On his mother’s side, his grandmother is a piano teacher, his grandfather a flautist, his mother plays cello and viola and his aunt the violin. His father, Lionel Rocheman (guitarist and actor), created the “Hootenanny” at the American Center in Paris, where performers came from around the world. As a 10 year old his brother gave him a wonderful record of Oscar Peterson playing solo (it was ‘Tracks’); Manuel already had his own track-record of four years of piano.

Listening to the Canadian virtuoso gave him a great feeling of freedom and made him want to go down the same road. He was entirely won over by the harmony and rhythm of the language of Jazz. Pianist Bob Vatel invited him to come and jam in Paris Jazz clubs when he was 12. Manuel had to get himself technically equipped, which he did by meeting Alberto Neuman at the C.N.R de Paris, one of the rare disciples of Arturo Benedetti Michelangeli. At his side he greatly developed his piano technique. He also took music academy courses in writing and percussion. In parallel he worked with Jazz pianists Gabriel Garvanoff and Michel Sardaby.

While staying in New York in 1980 he met Tommy Flanagan and Jaki Byard who urged him on. He kept in close touch with them until they passed away. That same year Bob Vatel introduced him to Martial Solal and as chance would have it Martial accepted to take Manuel on as his only pupil.

By 1983 he was performing professionally in Paris with a trio, in 1984 he played two pianos with Martial Solal at the Paris Jazz Festival and from then on it was one engagement after another.

white-keysThe profession was very quick to acknowledge his immense talent: best French pianist at the Martial Solal Jazz Piano international competition in 1989. In 1991 he won the best disc award from the Académie du Jazz for his first CD Trio Urbain. In 1992 he won the Django d’Or for the best French disc for his second CD White Keys.

Won over by his personality and his talent, Fondation BNP Paribas, one of the few sponsors on the jazz scene, accompanied his career development from 1995 to 2002. In 1998 he won the Django Reinhardt Prize of the Académie du Jazz for the musician of the year.

Appearing often in trio, in solo or as a duo with Olivier Ker Ourio or Sara Lazarus, Manuel Rocheman is making his mark as one of the greatest pianists of the day. Performers from all walks seek him out, from Rick Margitza to Sylvain Beuf, drummers Al Foster and Aldo Romano, double-bass players George Mraz and Kyle Eastwood, while the Orchestre National de Jazz commissioned a piece from him: ‘San Felipe’ was created for the ONJ and the Orchestre Philharmonique de Montpellier.

Manuel has demonstrated his talent as a composer on his albums, particularly those recorded in New York with two giants, double-bass player George Mraz and drummer Al Foster, and « Cactus Dance » recorded with Scott Colley ( bass) and Antonio Sanchez (drums).

About his album “The Touch Of Your Lips “ - Tribute to Bill Evans, released in 2010, Manuel says: “ The music of Bill Evans has always inspired me, I wanted to pay tribute to this great musician by providing my personal touch with a very matured project. I pay tribute with serenity, not trying to imitate, but trying to restore all the music he inspired me since a long time and which has now matured. His album “ Café & Alegria “ was recorded in Brazil with the legendary guitarist and composer Toninho Horta. “I had the great pleasure to meet Toninho Horta during a tour in Brazil. I ‘ve been a fan of his music for many years , so everything was simple ... I love this record , it represents a very important step for me, I am a big fan of Brazilian music. The conception of this album was magical, with a lot of emotion. Toninho was very involved in this project, he took particularly care of the production of this album. The result exceeded all my dreams , there is the permanent musical joy and also a very deep feeling”. His collaboration with the great Brazilian musician Toninho Horta and his participation in saxophonist Rick Margitza latest projects have considerably influenced Manuel in terms of composition.

His latest album misTeRIO has been released on Bonsaï Music label.

Manuel Rocheman has played with:

“Sense of Harmony is not innate but must be learned in music as in life.” - Gérarld Arnaud

“Once again you have created some beautiful music that's timeless. The title track sums up everything i love about your playing and writing

“Manuel Rocheman’s voicings and touch are delicate, original, disciplined and swinging. One of the top French pianists on the planet” Mike Zwerin – Herald Tribune

“Sense of Harmony is not innate but must be learned in music as in life.” - Gérarld Arnaud

“Once again you have created some beautiful music that's timeless. The title track sums up everything i love about your playing and writing. It's very rhythmic and soulful! i love the bass and drummer. Sounds like they are excited to be playing with you. There are a lot of piano trio cds out there with young players, but this is definitely adult music!!! Thanks once again for the inspiration” - Donald Brown

“Manuel Rocheman is a musician thorugh-and-through. He has what it takes, proves his unostentatiously, and never cheats.” - Francis Marmande (Le Monde) 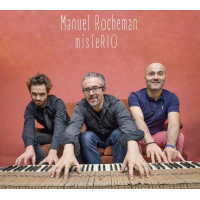 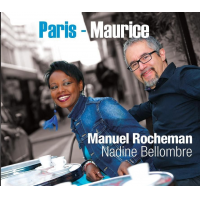 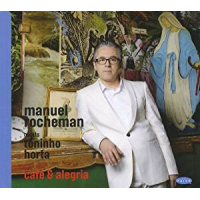 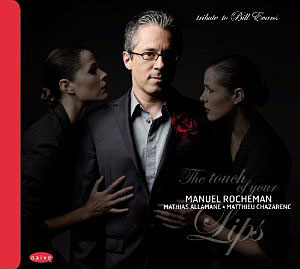 The Touch of Your... 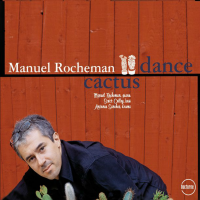 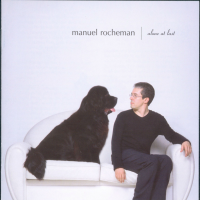 All About Jazz musician pages are maintained by musicians, publicists and trusted members like you. Interested? Tell us why you would like to improve the Manuel Rocheman musician page.