The saxophonist Marcelo Monteiro was born in Sao Paulo, Brazil. He has played with various Brazilian and international artists and at the same time was developing his own authorial work. He has played with Gilberto Gil, Cauby Peixoto, Wanderléa, James Chance, Akua Naru, Rita Ribeiro, Moraes Moreira, Elba Ramalho, Junio ​​Barreto, Ortinho, Dj Tudo e Sua Gente de Todo Lugar, Simone Sou, Projeto Cru, Bixiga 70, Projeto Nave, Flavio Tris, Guilherme Kastrup, Wazzabi and others. Featured in Brazilian instrumental scene, having participated in several festivals in Brazil, including, Jazz na Fábrica, Expresso Jazz SP, Conexão SP (with the participation of Letieres Leite, the Orkestra Rumpilezz), Festival de Inverno de Garanhuns, Jazzítico Project in SESC Vila Mariana, and also the SESC Instrumental Brazil program. Released in 2012, his first album was recorded with a basic trio of sax, acoustic bass and drums, and some guests like trumpet and trombone, a recorded album without chordal instrument. He is releasing his second album, RASANTE, a Brazilian jazz atmosphere with plenty of grooves. All tracks were recorded with a basic quintet (sax, trumpet, bass, keyboards and drums) and also with the participation of Guilherme Kastrup in percussion and string trio. 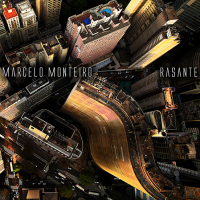 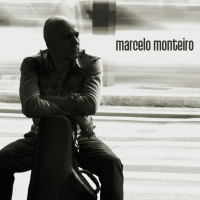 All About Jazz musician pages are maintained by musicians, publicists and trusted members like you. Interested? Tell us why you would like to improve the Marcelo Monteiro musician page.