Why do some artists thrive for decades in the ever-changing music world and others fade away so quickly? The reasons are myriad but there’s one factor shared by all of the true survivors: originality. The key to longevity is having something to say, and being able to say it in a manner unlike any other performer.

Marilyn Scott is such an artist. The veteran vocalist has been releasing critically acclaimed, cross-genre recordings for more than four decades, both as a leader and collaborator, and has dazzled audiences all over the world with her powerful live performances. She’s worked with some of the most gifted musicians in the world, including such highly regarded jazz ensembles as Spyro Gyra and the Yellowjackets, and some of the hottest names in the blues and R&B world, from Bobby Womack to Tower of Power to Etta James.

Throughout all of her work, there’s been one constant. “Never sound like anyone else,” she says. “You have influences but really, it’s your job to be who you are.”

For Scott, there was never any question about who she was and how she was going to express her individuality. Her interest in music began at age 11, listening to her mother’s Nat King Cole records, followed by the classic albums of Ella Fitzgerald. Coming up in the San Francisco Bay Area at the height of the rock and R&B explosion she had access to some of the most game-changing artists of all time. “We all went to the Fillmore and Winterland as much as possible and the surrounding club scene was full of life with music from all genres,” she says. “Local radio blended artists and styles so we all listened and that became our influence. Herbie Hancock and many jazz artists were experimenting with all forms of music so the freedom of spirit in song was the new road. We fused styles and pushed to see what we could create. When I saw [blues singer] Big Mama Thornton, I knew I would never feel the same,” Scott says. “Something real sat inside me, something called the blues.”

She began singing with local bands, and writing her own songs, while still quite young, supporting such giants as Chuck Berry, Ruth Brown, Big Joe Turner, Etta James and Betty Carter, and singing background vocals for the likes of Tower of Power, John Mayall and many others. “Working as a backup singer was a way I made money to support myself,” she says. “It did that and put me in front of many artists I never would have known or heard. I learned so much about techniques in recording and worked with so many producers and engineers that helped outline who I was and where I might be headed. I am humbled by those experiences,” she adds. “I feel so blessed in musical relationships that take shape on stage and in recording. I appreciate those roots and spread them out to connect the pieces to what will be new.”

Scott began releasing albums as a leader in the 1970s and in 1977 a single, her interpretation of Brian Wilson’s timeless “God Only Knows,” found its way onto the Billboard Hot 100 chart. She has since amassed a sizable discography. Show less

“With great material, winning arrangements, a strong stable of collaborators, and fine vocal work, all of the bases seem to be covered here. Everything clearly fell into place for Standard Blue. It’s a fine addition to Scott’s discography and, quite possibly, her strongest date yet.”

“From the first moments of the opener—a “Willow Weep For Me” that subscribes to a stylistic thread that could best be described as ambient neo-soul jazz—it’s clear that this isn’t your run-of-the-mill offering. As the album moves along, Scott continues to captivate with quiet energy.” – ALL ABOUT JAZZ – Dan Bilawsky 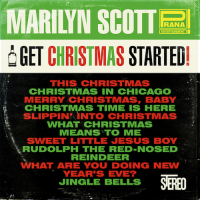 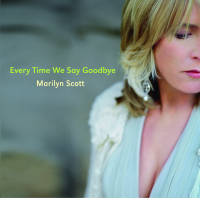 Every Time We Say... 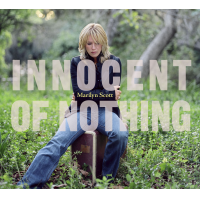 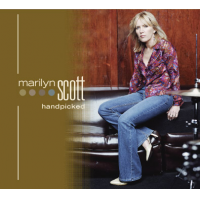 Every Time We Say Goodbye

All About Jazz musician pages are maintained by musicians, publicists and trusted members like you. Interested? Tell us why you would like to improve the Marilyn Scott musician page.