Marina Albero was born in Barcelona in 1979 and since her early childhood she has been involved in the world of music. She played traditional and early music with the family band Grallers de Banyoles-Estampida Medieval. At the age of eight she enrolled at the public School of Music where she studied theory and piano. Four years later, she studied jazz drums with César Martínez and jazz piano with Lluís Escuadra at Taller de Música de Banyoles and kept on working with the family project, which took them several times to Japan and the US. Marina studied music theory at the Conservatori Isaac Albéniz (Girona), symphonic percussion at the Conservatorio Municipal de Barcelona and took private piano lessons with C.Julià. In 1995, the whole family moved to Cuba and Marina enrolled at the Instituto Superior de Arte, where she was taught by Teresita Junco, Ivet Frontela, Guido López-Gavilán, Pancho Amat… During that time, she played psalterium with the Cuban Rennaissance-style band Ars Longa, facilitating to them music and instruments, took part in the Festival Internacional de Coros de Santiago de Cuba (1995) and recorded with Silvio Rodríguez. In the summer of 1996, Estampida S.L. produced the “son cubano” band Barnhabana, conducted by Barbarito Torres (Grammy’s winner with Buenavista Social Club) and went on tour in Catalonia, Spain and Portugal. Marina played the piano.She came back to Cuba and finished her studies in the summer of 1997

. She settled in Spain later that year and combined teaching with her own musical projects, while she kept working with her family’s projects (Barnhabana, Estampida Medieval…). Between 2003 and 2007 she was member of La Folata, an ensemble with Belgian and Spanish young musicians which delves into old music, especially into Ars Subtilior. They played in relevant festivals in Europe such as the Barcelona Ancient Music Festival or the Brugges Ancient Music Festival. Besides, they were rewarded in Brussels with the annual prize for talented youth. In 2005 she and Chano Dominguez started “Elukeyá Records” as a little label to be able to publish their ideas. They have published a few CDs which are available only in their concerts. In 2006, Marina collaborated in the album of “L’Arpeggiata” “Los Imposibles”, together with renowned artists such as Christina Pluhar and Pepe Habichuela or King SIngers. She then started as leader and composer of her own jazz trio and in 2005, together with Marc Egea and Mariona Sagarra, she founded the experimental music trio “Maram”, which had a great welcoming. They are now publishing their work called “SONOS” after all that time playing and searching. She’s been also a member of the musical project carried by well-known pianist Chano Domínguez, “New Flamenco Sound” who has also produced Marina’s first recording, now waiting to be released, with collaborations of great artists such as: Glen Velez, Agustín Carbonell “El Bola”, Israel Suárez “Piraña”, Llibert Fortuny, Bori Albero.. among others. Between 2008 and 2010 Albero had a flamenco duo project and put on stage her research work about flamenco music with the Psalterium (hammered dulcimer) and the piano, eith which she can play latin tumbao with flamenco rhythmic patterns. One of her last live projects (2012-2014 called www.artjust.org), consisted in a Live Crowdfunding Experience based on the relationship between Music & Modernism, located at Gaudi’s “Casa Vicens” in Barcelona. She continues her collaboration with Chano Domínguez as musical assistant in a Symphonic Program called “Chano Revisited”, while they keep working as a duo on stages (vibes/psalterium and piano) and prepare the release of that project which is already recorded. Marina has also taken part on several flamenco shows and performed with artists such as Carlos Saura’s in “Flamenco Hoy”, Sara Flores, Genara Cortés and Ballet Nacional De España. Since 2012 she is presenting “Silencios Rotos” with EntreDos Ballet Español, a Spanish dance company founded by the renowned principal dancers of the Ballet Nacional de España Elena Algado and Miguel Ángel Corbacho. There, she plays her own compositions and shares stage with the great Andalusian “cantaora” (flamenco singer) Gema Caballero. Marina moved to Seattle in 2014, and has been electrifying the jazz scene there, with her quartet with Evan Flory Barnes, D'Vonne Lewis and Jeff Busch, in duet with bassists Jeff Johnson and Flory Barnes, and in solo performance. Show less 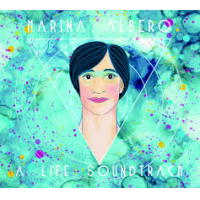 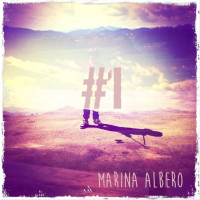 All About Jazz musician pages are maintained by musicians, publicists and trusted members like you. Interested? Tell us why you would like to improve the Marina Albero musician page.