Norwegian guitarist Marius Noss Gundersen acquired his education at the Agder Conservatory of Music and the Norwegian State Academy of Music. He studied Advanced Instrumental Studies at Guildhall School of Music and Drama in London, being the only guitarist to receive a full scholarship for the academic year 2000/2001. He is also holding a Master's degree in Performing Arts from the University of Agder. Marius has had the privilege of receiving tutelage under teachers such as Per Kjetil Farstad, Per Skareng, Sven Lundestad and Robert Brightmore, and has participated in master classes with some of the world’s most prominent guitarists, such as David Russell, Roland Dyens, Marco Socias, the Assad brothers, Peter Sculthorpe and Carlos Bonell. In addition to guitar studies Marius has had the pleasure of studying composition with Johan Varen Ugland, Kjell Habbestad and Asbjørn Schaathun and has received great recognition for his compositions around the world.

Marius Noss Gundersen guitar, acoustic Oslo
“Gundersen has a wonderful feel for the Bossa Nova rhythms of Brazil. His touch is so light and delicate, and his rhythms are so subtle and supple, that I’m sure he has made many native Brazilian guitarists jealous.” Jazzmusicarchives.com

“He shows great talent in composing. His “5 Cenas Brasileiras” was especially nice to listen to. 5 miniatures that really pleases the ear.” 6 of 6 stars, Smaalenenes avis

It is rare to hear a band who appear so respectful for each member’s musicality and in that way achieve a unique togetherness. This is candy for the ear.” - Gjengangeren

“Gundersen has an exceptional purity of technique and effortless virtuosity.” - Minor7th.com 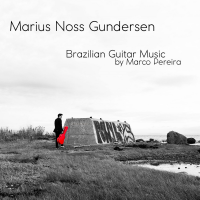 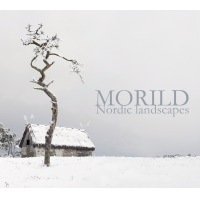 All About Jazz musician pages are maintained by musicians, publicists and trusted members like you. Interested? Tell us why you would like to improve the Marius Noss Gundersen musician page.