Mark Berman is a much sought after pianist, composer, arranger, orchestrator and music director. He was born in New Haven, Connecticut, where his dad, Arnold “Sonny” Berman, a well known trumpet player and big band leader, taught the young musician classics like “Moonglow” by playing notes on the horn which he would expect his son to then chord out on the piano. The younger Berman recalls some early piano pounding at age five, followed by a lifelong love of Miles Davis, Glenn Miller, Count Basie and others. You name it, he heard it from his dad and all the other musicians in the family. These included his cousin, another Sonny Berman, a star trumpeter with Woody Herman’s famed Thundering Herd. Great-uncle Harry Berman was the conductor of the New Haven Symphony and his cousin Bill Rhein was the youngest member of the New York Philharmonic.

Berman, who has appeared on “Good Morning America,” “The Today Show” and “Rosie O’Donnell,” has also been a powerful presence on Broadway, where he has conducted orchestras for Rent, Smokey Joe's Cafe and Blood Brothers and played lead piano on The Boy From Oz, Hairspray, The Life, 42nd Street, Dreamgirls, Rent, Jesus Christ Superstar, Hair and Bullets Over Broadway. He also served as conductor and music director for several productions at the renowned Westport Country Playhouse under artistic directors Joanne Woodward and Annie Keefe. His orchestrations and arrangements were featured in Marcy in the Galaxy, a world premiere musical by Nancy Shane presented by the Drama Desk Award winning Transport Group, and Berman is currently at work composing a site-specific symphonic piece weaving a variety of musical genres.

Berman played piano on the world famous theme to “Sex And The City,” for which he also composed music. He has scored work for Showtime's “Nurse Jackie,” starring Edie Falco, and “Royal Pains” for USA starring Mark Feuerstein, as well as many other television programs. His film scoring credits are numerous, and he was recently featured on PRI's syndicated radio program Studio 360 hosted by Kurt Andersen, where his solo jazz piano work was highlighted.

Berman has played such notable venues as The Blue Note, Birdland, The Rainbow Room, The Supper Club, Merkin Hall and Carnegie Hall. His highly acclaimed début recording, The Genesis Project, which he wrote (music and lyrics), arranged and produced, has been performed live at Birdland Jazz Club in New York City and other venues to sold out crowds and rave reviews. Personnel on the album include Berman on piano and keys; Cary Potts and Paul Adamy on bass; Clint DeGanon and Rocky Bryant on drums; Ted Nash and Aaron Heick on saxophone; William Galison on harmonica; and J.J. McGeehan on guitar, along with singers LaTanya Hall, Emily Bindiger, Margaret Dorn, Bill Mitchell and Billy Stritch. The live CD release also included guest Ray Marchica on drums and vocalist Darryl Tookes. Modern Drummer magazine says of The Genesis Project: “ . . . Berman shines as composer, keyboardist and arranger, bridging jazz, R&B and Gospel.” Show less

Mark Berman Power Trio Tonight At 78 Below (NYC) at 8PM

Mark Berman: Piano Genius Behind "Sex and the City" and Hugh Jackman

“Berman, on piano, lays down all the right notes and chords with masterly musicianship . . .” WNTI-FM

“The latest from Mark Berman is great listening.” KMFB-FM 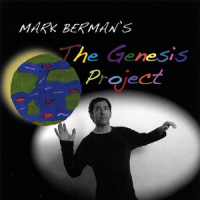 All About Jazz musician pages are maintained by musicians, publicists and trusted members like you. Interested? Tell us why you would like to improve the Mark Berman musician page.