The Mark Rapp Group has played sold out shows at the Blue Note (NY), Joe's Pub, Yoshi's (San Fran) and such venues as the JVC Newport Jazz Festival, Dizzy's at Jazz Lincoln Center, JazzTime Festival (Croatia), Jazzland (Vienna), Jazz Standard (New York) and more. Mark was named a “top emerging trumpeter” by Downbeat Magazine, featured on a Travel Channel documentary and has played with Branford Marsalis to Hootie and the Blowfish and most recently recorded with Don Braden and Gerald Clayton. His critically acclaimed debut CD Token Tales is being played around the globe.

There's a new breed of young trumpeters coming down the road. These new young lions have studied the playing and music of bop and hard bop masters such as Dizzy Gillespie, Clifford Brown, Freddie Hubbard, Lee Morgan and Kenny Dorham, among others. Having looked at the innovations of forward- thinkers like Don Cherry, Lester Bowie and Dave Douglas, the young firebrands have also not neglected the funk, jazz-rock, soul and fusion of artists like Miles Davis, Stevie Wonder and Herbie Hancock. The resultant music they create melds and brings together the radio music of their youth with the history of their horn to find fresh ways to approach and fashion a style of playing more oriented toward groove without losing modern approaches to upper chordal harmonic structures so prevalent in the jazz music of the late 20th century. Perhaps one of the best examples of the direction being taken by this new breed is played by Mark Rapp.

Growing up in South Carolina, Rapp first attended Lenoir- Rhyne College on a music scholarship, but dropped out after a few months, moving to Florence, South Carolina to work construction. Eventually Rapp enrolled in Winthrop University in South Carolina, studying trumpet with Dr. Ian Pearson. After graduating, and following discussions with Wynton Marsalis, Rapp moved to New Orleans to study jazz under Ellis Marsalis while earning a Masters in Jazz from the University of New Orleans. Five years later and after performing extensively throughout the city, Rapp moved to New York. Finding the initial year there a tough go, his perseverance paid off and the now mid-30s year- old musician has been turning heads ever since. Regular performances at the Carnegie Club and the Rockwood Music Hall in New York have brought him to the notice of people such as saxophonist Branford Marsalis, who has performed with the young trumpet phenom.

Rapp’s reputation has grown to the extent that many of today’s top artists want him in their bands. Included in this list are rockers like Darius Rucker, Hootie & The Blowfish, Edwin McCain and Sister Hazel. From the jazz side artists Rapp has worked with include Walter Blanding Jr., Don Braden, Gerald Clayton, Wess Anderson, Wycliffe Gordon, Seamus Blake, John Ellis and Rodney Green, among others. With such a pedigree it’s no surprise Rapp received a standing ovation following his performance at the 2008 Newport Jazz Festival appearance. Other recent performances include the JVC Newport Jazz, Jazztime Festival (Croatia), Sonoma Wine & Song Festival and the WC Handy Jazz festivals, as well as club appearances at New York locales like the Blue Note, and Dizzy’s Coca-Cola Room to Yoshi’s in San Francisco.

The critical praise has, as one would expect from the above, been great. In 2007 Down Beat listed Rapp on their very short list of, “Top emerging jazz trumpeters.” JazzTimes also had great praise, writing, “(Rapp) has his own way of defining jazz, which keeps its standard principles… while delving into the experimental side.”

Currently, Mark resides in Geneva, Switzerland and New York, NY and is constantly performing in support of his critically acclaimed debut record Token Tales. The upcoming Braden-Rapp: The Music of Billy Strayhorn record with Don Braden, Gerald Clayton and Sachal Vasandani is in production and should be released late in 2009.

“Rapp lives up to his billing as one today's exciting young trumpeters.” - AllAboutJazz.com

“One can't help but sense a distinct identity to Rapp in both his composing and playing... and for this reason, we will be hearing a lot more from him.” ��” Jazz Improv NY Magazine

NY Jazz and a Carolina Bank

The Song Project celebrates Valentine's with the Web

The Song Project: Art of the Song Shows

”You should put some time aside and keep your own close watch and listen to what Rapp is doing.” - Walter Kolosky, Jazz.com, December 18, 2008

“I think you can uphold jazz ideals, be true to the music and yet still bring the greater public onboard with it,” says jazz trumpet player Mark Rapp who perhaps more than anyone else among today’s trumpeters is breaking down the age old paradigms as to how the trumpet ought to be played in a jazz environment. - Joe Montague, Jazz Writer

This After-Hours set [Dizzy's Club Coca-Cola], with a hot, emerging trio, Mark Rapp on trumpet and didgeridoo (must be seen to be believed)..., plus tonight's special guest, the famed trombonist, Wycliffe Gordon, was a serendipitous and sensational musical adventure. - Dr

”You should put some time aside and keep your own close watch and listen to what Rapp is doing.” - Walter Kolosky, Jazz.com, December 18, 2008

“I think you can uphold jazz ideals, be true to the music and yet still bring the greater public onboard with it,” says jazz trumpet player Mark Rapp who perhaps more than anyone else among today’s trumpeters is breaking down the age old paradigms as to how the trumpet ought to be played in a jazz environment. - Joe Montague, Jazz Writer

This After-Hours set [Dizzy's Club Coca-Cola], with a hot, emerging trio, Mark Rapp on trumpet and didgeridoo (must be seen to be believed)..., plus tonight's special guest, the famed trombonist, Wycliffe Gordon, was a serendipitous and sensational musical adventure. - Dr. Roberta E. Zlokower

He can play his axe. - F. Murray Abraham

A couple of years ago, I had the pleasure of seeing trumpeter Mark Rapp debut an extended piece called “A Soul's Journey.” The quality of the music and Mark's confidence in his playing impressed me... “ Where Y’at?, New orleans

Focusing on not getting in your own way of making music. Getting free of fear and worry and play in the moment. 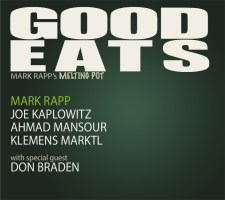 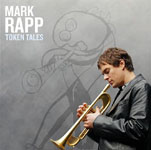 All About Jazz musician pages are maintained by musicians, publicists and trusted members like you. Interested? Tell us why you would like to improve the Mark Rapp musician page.