Martha Wash’s new album, Love & Conflict, promises to take fans in a fascinating and perhaps unexpected new direction. Released by Ms. Wash’s label, Purple Rose Records, this eclectic collection of mesmerizing blues-rock and adult contemporary songs is a stylistically adventurous journey for the legendary vocalist, entrepreneur, and producer, whose spectacular achievements in the music industry are nothing short of staggering. But breaking new ground is something that shouldn’t surprise anyone who is familiar with Martha’s amazing past including her seven Number 1 hits! Martha’s been doing it from the very beginning.

The two-time Grammy-nominated singer, who began her musical career at the age of two in her parents’ church in San Francisco, has been lifting the spirits of audiences for decades. Initially at the forefront of the disco movement of the late ’70s, performing powerful background vocals for the iconic, flamboyant star Sylvester of “You Make Me Feel (Mighty Real)” fame, Martha went on to storm the ’80s as one half of The Weather Girls with their mega-hit “It’s Raining Men.” The ’90s moved Martha’s already prolific career into high gear with her awe-inspiring recording of “Sweat (Everybody Dance Now),” the highlight of C&C Music Factory’s career, which sold 5 1/2 million copies worldwide.

With the creation of her own recording label Purple Rose Records, and working closely with manager James Washington, the twenty-first century has seen Martha continue to evolve in exciting ways in music and beyond. In music, Martha released the critically acclaimed Something Good album in 2013. Beyond music, Martha’s popular entertainment/talk television show, 10 Minutes with Martha Wash is now entering its second season. She’s also created a digital publication, FLOD Spotlight Magazine, and continues to support charitable organizations, such as “QSAC Inc”, a non-profit organization providing comprehensive services to individuals with Autism and their families. Martha’s also worked tirelessly for people affected by HIV/AIDS in the United States.

And that brings us to the next phase in Ms. Wash’s extraordinary career, the captivating new album Love & Conflict. Working with producers Sam Basbous, Felix Petit, Andrew David, this album and these songs have taken Martha out of her comfort zone and into an exciting, thought-provoking and uplifting new direction.

The first single from Love & Conflict, “Never Enough Money” is a no-nonsense gritty blues jam that will thrill both old and new Martha Wash fans.

Where she goes from here is anyone’s guess, but there’s no question it’s going to be a thrilling ride.

“Never Enough Money” is a stomping, rough-around-the-edges blues-rocker anchored by a righteous vocal performance from Wash, who skewers reckless and unchecked thirst for wealth and attention”. – Rolling Stones

“The opening uplifting words sung by Wash wows one to want to jump up and dance and sing, along. “Never Enough Money” will win over a new generation of fans”

“Never Enough Money” is a stomping, rough-around-the-edges blues-rocker anchored by a righteous vocal performance from Wash, who skewers reckless and unchecked thirst for wealth and attention”. – Rolling Stones

“The opening uplifting words sung by Wash wows one to want to jump up and dance and sing, along. “Never Enough Money” will win over a new generation of fans”. - NYNJ

“Never Enough Money” is a rollicking amalgamation of funk, blues, and rock with a helping of the gospel- inspired call and response to boot. – Soul Tracks 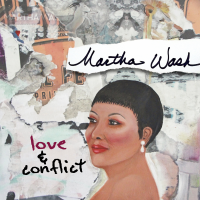 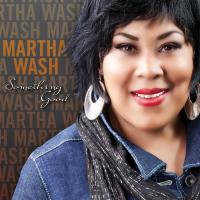 From: Love & Conflict
By Martha Wash

All About Jazz musician pages are maintained by musicians, publicists and trusted members like you. Interested? Tell us why you would like to improve the Martha Wash musician page.