Minneapolis-based pianist and composer, Mary Louise Knutson, has been called “one of the most exciting and innovative artists to happen to jazz piano in quite some time.” Her warm, inviting tone, broad range of emotional expression, and distinctive compositions have brought her much recognition on the national music scene.

Knutson's long-awaited new jazz trio CD, In the Bubble, ranked in JazzWeek's Top 10 and remained on the chart for 19 weeks straight. Six standards and four originals - which range from a swinging Oscar Peterson Trio-style “It Could Happen to You” to a smooth jazz version of “You Don’t Know What Love Is” to a Keith Jarrett style “You Are My Sunshine” - complete this highly accessible mainstream-to-modern collection.

In 2006 Knutson was a Minnesota Music Awards nominee for both Jazz Artist of the Year and Pianist of the Year, and in 2005, she was a Finalist in the Kennedy Center’s Mary Lou Williams Women in Jazz Pianist Competition. In 2004, Knutson was the recipient of Lawrence University's distinguished Nathan M. Pusey Alumni Achievement Award for significant contributions and achievements in a career field, and in 2001, Knutson’s debut jazz trio CD, Call Me When You Get There, charted in JazzWeek’s Top 50 for eight consecutive weeks and earned Knutson the award for Top New Jazz Instrumentalist of the Year from KWJL Radio in California.

An acclaimed composer, Knutson has won numerous awards, including two from Billboard magazine for her compositions “How Will I Know?” and “Meridian.” “How Will I Know?” was also recorded by Prince's horn section, the Hornheads, for their 5 Heads Are Better Than 1 release on Bone 2 B Wild Music.

Formerly an instructor in jazz piano and improvisation at Carleton College, Knutson teaches privately and conducts a variety of master classes, including Intro to Composition, Freedom From the Written Page: Beginning Improv for Pianists, Jazz Piano in the Big Band: Voicings, Rhythms, and Scales, The Press Kit, and History of Jazz Overview: A Timeline of Styles & Recordings. Her newest master class, Making Sense of Jazz, for non-musicians and/or budding enthusiasts, explores improvisation and typical song forms, as well as explains how jazz musicians communicate on stage.

Knutson can be heard regularly with her group, the Mary Louise Knutson Trio, or as a soloist, at clubs, festivals, and concert halls here and abroad; with area vocalists Connie Evingson and Debbie Duncan; and with a variety of instrumental groups including the JazzMN Orchestra and the Minnesota Orchestra. For more info, please visit: www.MaryLouiseKnutson.com

“Swinging and wonderful...In the Bubble is my pleasant surprise of the day. I love it.” - Judy Carmichael - Radio host, Judy Carmichael's Jazz Inspired, NYC

”Polished, accomplished and always in the pocket...tasty throughout, this is a goodie not to be missed.” - Chris Spector, Midwest Record Review

Private instruction for all levels of Jazz Piano, Composition, Arranging, Theory. Evenings. Remote Lessons on Zoom or South Minneapolis studio (post-pandemic). Knutson is a former instructor in jazz piano and improvisation at Carleton College. She also conducts a variety of masterclasses, including Jazz Voicings and Scales: Freedom from the Written Page, which assists students in building jazz chords for solo and ensemble playing and outlines a starting point for improvisation

Private instruction for all levels of Jazz Piano, Composition, Arranging, Theory. Evenings. Remote Lessons on Zoom or South Minneapolis studio (post-pandemic). Knutson is a former instructor in jazz piano and improvisation at Carleton College. She also conducts a variety of masterclasses, including Jazz Voicings and Scales: Freedom from the Written Page, which assists students in building jazz chords for solo and ensemble playing and outlines a starting point for improvisation. Her newest masterclass, Making Sense of Jazz, for non-musicians and/or budding enthusiasts, explores how jazz musicians communicate on stage, the typical structure of songs, and the use of improvisation.

Icons Of The Jazz Sextet On Demand Show April 29th To... 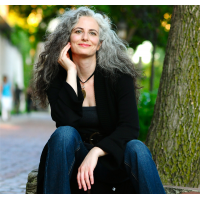 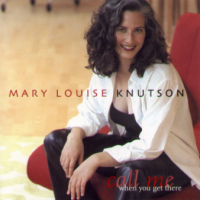 All About Jazz musician pages are maintained by musicians, publicists and trusted members like you. Interested? Tell us why you would like to improve the Mary Louise Knutson musician page.