Matilda Mörk was born in Stockholm in 1976, in an artistic home where creativity through theatre, dance and music were central. She started to sing and dance at a young age and continued with acting and theatre as a young adult. After high school in Stockholm, she studied acting and physical theatre at the Commedia School in Copenhagen, followed by further studies at the École Philip Gaulier in London. During this time she focused on singing for Bente Zaber and Ian Adams. After graduating in 1999, she worked as an actor with the Royal National Theatre in Stockholm until 2005. During this time she studied singing for Ragnhild Sjögren. Today Matilda coaches young drama students in voice, singing and interpretation.

During her theatre studies, and inspired by Kurt Weill, Lars Forsell, Hasse och Tage, and Monica Zetterlund, for whom music and interpretation were of prime importance, Matilda developed an interest in the cabaret tradition seeking to develop music and text in her own way. Combining humorous self-exploratory texts with songs in the same theme, this resulted, between 2006-2010, in a number of self-produced cabaret-shows. Together with Kajsa Staaf and Emeli Nyman, Matilda created ‘Blonde on blonde on blonde.’ a show based on songs by Bob Dylan, which opened at Mosebacke in 2007. During this time she has collaborated with among others, jazz musicians Fredrik Hermansson, Gustav Lundgren, Homero Alvarez, Jerry Haglund, Kristian Lind.

In 2011-her debut album “Rastlös” (Restless) was released by Ladybird/Naxos Sweden. Together with her favourite songs performed over the years, and two original tracks by Homero Alvarez; who wrote the music for the title song with lyrics by Matilda.

Her second album was a collaboration between Matilda and five composers. Produced by Fredrik Hermansson; in addition to playing piano, he also contributed two songs with lyrics by Matilda. The same with four songs by Gustav Lundgren (guitarrist ); Per Fenger Krogh, Patric Simmerud, and Homero Alvarez wrote the music and lyrics for their respective songs. Show less 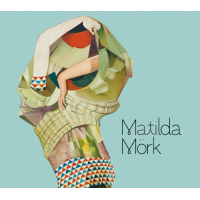 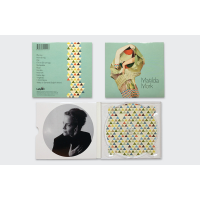 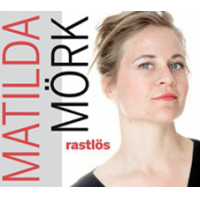 All About Jazz musician pages are maintained by musicians, publicists and trusted members like you. Interested? Tell us why you would like to improve the Matilda Mork musician page.