Pianist Matt DeChamplain grew up in Wethersfield, Connecticut. He originally learned about music from a player piano.

“My grandparents had a player piano, and I spent hours studying classic compositions, arrangements and solos by by Fats Waller, James P. Johnson, Jelly Roll Morton and others. These were masterful pianists, composers and arrangers & I was fascinated by their musicality. They showed remarkable creativity and innovation. They laid the foundation for a lifetime of studying stride and jazz piano.” He furthered his education, first attending The Greater Hartford Academy of the Arts, a performing arts magnet school in Hartford, CT. It was here that he met his wife, vocalist Atla DeChamplain. They’ve been performing together since Matt was 16 years old.

Matt obtained his Bachelors Degree from the Jackie McLean Institute of Jazz at the Hartt School in 2010 and his Masters from the University of Toledo in Ohio in 2012. Matt has had the privilege of studying under jazz luminaries such as Jimmy Green, Andy LaVerne, Steve Davis, Nat Reeves, Jon Hendricks, Barry Harris, Dr. Billy Taylor, Nathan Davis and Curtis Fuller.

Matt’s music is rooted in a profound love for the early jazz masters. What makes him unique is his application of early jazz piano devices created by Ragtime, Blues and Stride musicians as he fuses traditional elements with modern jazz concepts.

“I don’t want to box myself in. A list of my favorite pianists is really diverse, ranging from Art Tatum, Oscar Peterson and Benny Green to Chick Corea, McCoy Tyner and Gary Versace. I want to learn everything I can, and incorporate the elements of music that are meaningful to me without constraining myself to one style, or opinion. I really love the challenge of combining musical languages of different styles including stride, swing bebop & hardbop…I intend to learn and grow as a musician for as long as I am able to play the piano.” In 2013, Matt recorded a solo piano album titled “Stride-Bop” that sought to fuse the Harlem stride tradition with swing and bebop language.

“The heritage and history of Jazz in America has been such an inspiration to me, musically and personally. I hope that the combination of stride, swing, bebop and blues components that I combine in these arrangements and compositions will honor the rich jazz culture that I cherish.” Matt in in the process of recording his second album – a joint project with his wife, Atla. He has also been featured on guitarist Norman Johnson’s album “Get It While You Can” (2011), jazz violinist Jason Anick’s album “Tipping Point” (2012), and recorded several songs with Jon Hendricks for “Holiday Wishes II: River of Stars” (2013).

While maintaining an active performance schedule, Matt continues to teach and compose. Matt currently teaches at the Jackie McLean Institute of Jazz at the Hartt School of music in CT, teaches piano classes at the Greater Hartford Academy of the Arts in Hartford and is the visiting clinician for the Glastonbury High School Jazz Ensemble.

Matt has had the privilege of playing and sharing the stage with jazz legends Dave Brubeck, Nicholas Payton, Christian McBride, Barry Harris, John Benitez, Dena DeRose, Randy Johnson, Rene McLean and Victor Lewis. Matt has also made an appearance at Mohegan Sun with Jaimoe (a founding member and drummer from the Allman Brother’s Band), and has played with guiartist/vocalist Jose Feliciano. Matt and his trio opened in 2005 for Wynton Marsalis’ Quintet at the Artist’s Collective in 2005, following that same year with a performance in the Greater Hartford Festival of Jazz with a quartet led by him and his wife, vocalist Atla DeChamplain. Under the direction of bassist Nat Reeves, Matt performed at the JVC Jazz Festival in New York City in 2005 and briefly toured New Ross, Ireland with Reeves in March of 2007.

In March of 2008, Matt was selected for the Betty Carter Jazz Ahead Program where he engaged in a two week intensive composition and performance workshop culminating with three performances pod-cast live from the Kennedy Center in Washington D.C. The program was under the instruction of jazz luminaries; Dr. Billy Taylor, Curtis Fuller, and Nathan Davis. A year later on March 13th of 2009, Matt and his trio opened for the legendary pianist Hank Jones to a packed house at the University of Hartford’s Lincoln Theater; in June of 2009 Matt opened with Dianne Mower and Colin McEnroe (columnist and radio personality) for the Dave Brubeck Quartet at Infinity Hall in Norfolk, CT. In October of 2010 Matt was selected to compete in the Martial Solal Jazz Piano Competition which was held for a week in Paris, France.

Matt and his wife, vocalist Atla DeChamplain, were offered full scholarships to pursue their Masters at the University of Toledo in Toledo, Ohio in the fall of 2011, both graduating magna cum laude in December of 2012. There they played with bassists Paul Keller and Clifford Murphy and shared the stage with the legendary vocalist Jon Hendricks. Matt opened for pianists Michael Wolff and Bob Seeley in two solo piano performances given as part of the Art Tatum Jazz Scholarship Concert. Upon returning to Connecticut in 2013, he has continued to keep an active performance schedule, most recently concertizing with the virtuoso violinist Jason Anick and in a trio context featuring Atla DeChamplain. The release of Matt’s 2013 solo piano CD “Stride-Bop” has led to several solo piano concerts. He currently holds an adjunct faculty position at the Hartt School (University of Hartford), teaches piano classes at the Greater Hartford Academy of the Arts in Hartford and is the visiting clinician for the Glastonbury High School Jazz Ensemble. Matt is continuing to teach privately, perform regularly, compose and learn more everyday. Show less

“Matt's insatiable thirst for knowledge and improvement combines with his innate pianistic talents to create a formidable artistic force in the world of jazz piano. ..He is a first-rate musician and his level of musicality is matched only by his high level of humanity and his desire to share what he loves, whether it be with audience, student or colleague. ” -JEFF BARNHART

“Matt DeChamplain plays with amazing dexterity and superb taste while covering the history of jazz piano from ragtime and stride to modern.” -HARTFORD JAZZ SOCIETY

“Matt's insatiable thirst for knowledge and improvement combines with his innate pianistic talents to create a formidable artistic force in the world of jazz piano. ..He is a first-rate musician and his level of musicality is matched only by his high level of humanity and his desire to share what he loves, whether it be with audience, student or colleague. ” -JEFF BARNHART

Matt DeChamplain is an amazing study in advanced piano styles with the ability to demonstrate a major contribution to the “Stride” style of many years of early jazz history and more recent jazz. Then, we approach the genius of Art Tatum and Matt is, as well as an innovator, a desciple of the “Tatum” school. Not many pianists have had that ability to combine both opposing styles, put them together, and also be a great current jazz artist. I am a BIG fan!! -DONN TRENNER 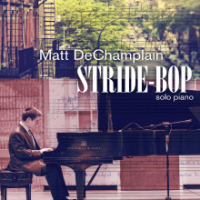 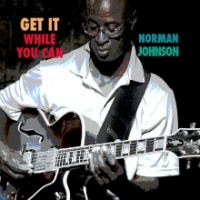 Get it While You Can 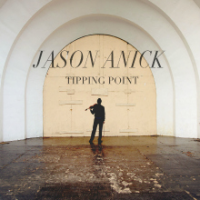 All About Jazz musician pages are maintained by musicians, publicists and trusted members like you. Interested? Tell us why you would like to improve the Matt DeChamplain musician page.